This charming three-dimensional card is distinguished by its violet heart-shaped arc, entwined hearts, kneeling cherub, and satin ribbon heart bearing the embossed words LOVE'S TOKEN. Behind the attached heart is yet another heart imprinted on the stool that reads TO MY LOVE. The card is in excellent condition--free of restoration, breakage, or pinholes.

1 I am uncertain about the age of this antique spinning wheel. It is in great condition, but is it worth anything?

Spinning wheels come in all styles and varieties and were regularly used in homes for making all the clothes and linens the family needed. This wheel dates from the early 1800s and it produced heavy weft and knitting yarns. It was known as a Great Wheel, as well as a Walking or Wool Wheel, for its large drive wheel with a decidedly flat rim. Most wheel axles are iron, but older wheels had wooden ones. Replacing the wheel would cost $350.* 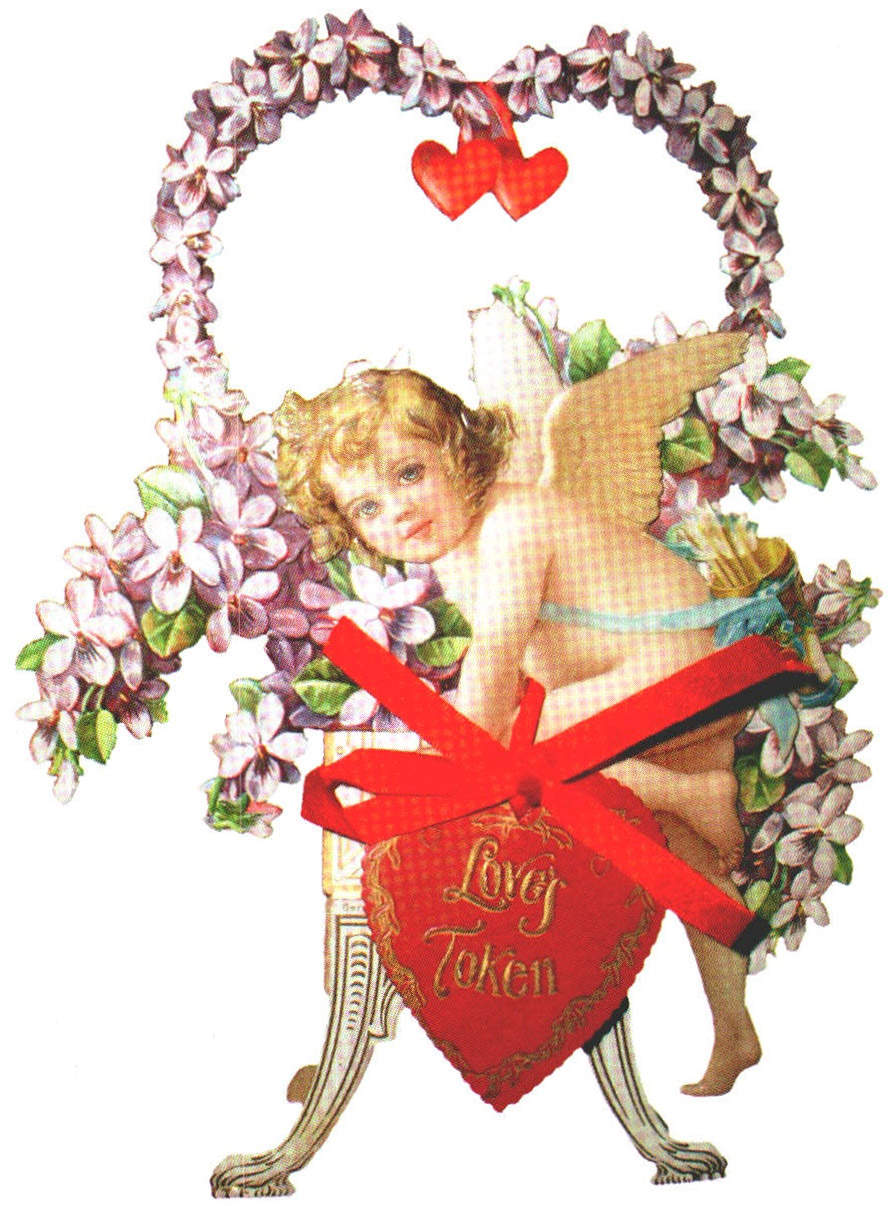 2 My mother gave me a rug pattern that is stamped E.S. FROST & CO., BIDDEFORD, ME. What is the history and value?

Edward Sands Frost, a 19th-century tin peddler, produced full-sized stencils cut from sheets of zinc, which were then used on burlap to print outlines for rugs. He created plates that were used to produce the first commercially manufactured hooked rug patterns. For the next 30 years, he used these plates to make colorful hooked rugs. Frost's patterns produced an estimated 180 floral, geometric, and animal designs. Insurance value is $375.* 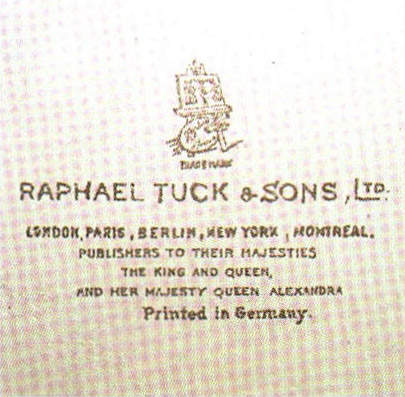 3 These miniature moccasins were sent early in the 1950s from Colorado to Pennsylvania as if they were postcards or letters. Are they common and do they have any value?

These souvenirs were intriguing common gifts for the tourists who began arriving by railroad in the West at the turn of the 20th century. Inexpensive American Indian--themed treasures such as these miniature moccasins were made exclusively for the tourist trade, though not necessarily by American Indian tribes. Many of these novel souvenirs have survived. Replacement cost is $25.*

4 This rocking chair has been in my family for three generations. What can you tell me about my rocker?

This rocking side chair was made in Connecticut in the early 1800s. Thousands of these chairs were produced in factories throughout New England and were exported to Europe, Asia, Africa, and Australia. Your chair was originally covered with a yellow painted surface; there are traces of the original paint on the seat. The shaped back splat would have been decorated with flowers and leaves, stencilled or painted freehand. Since the rocker has been stripped, its value is $175.* 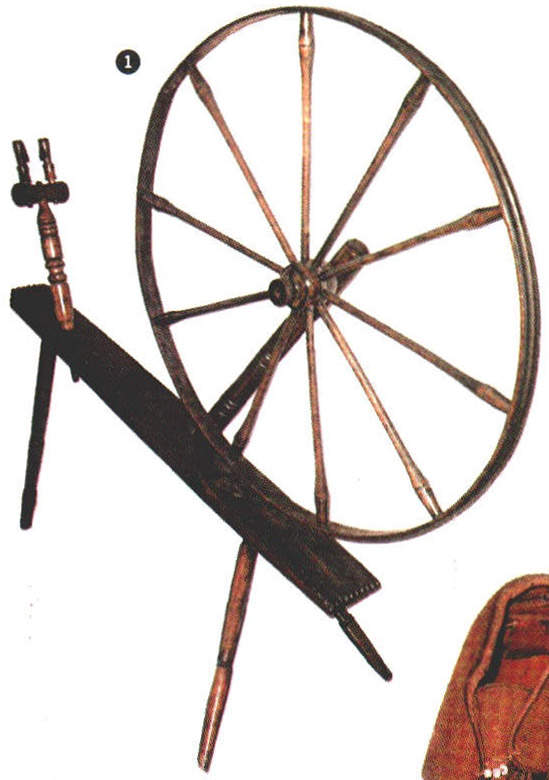 5 I purchased these large bowls at a local auction. They measure about 5'L X 2'W. What is their age, use, and value? 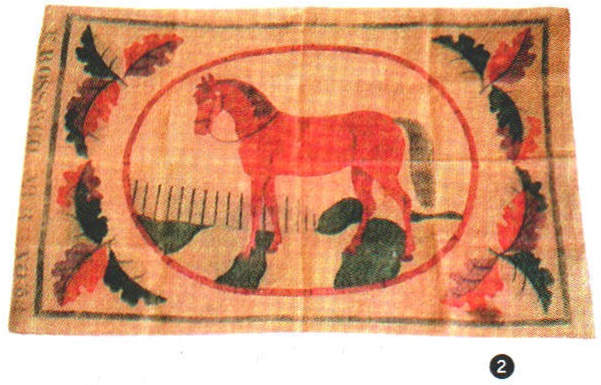 During the 17th and 18th centuries, these rectangular wooden serving dishes were known as trenchers. These examples, however, are not very old and probably not American made. The carved edges are sharp and the red hue found on the bases is far too bright to be old. Although there is evidence of some hand work, they were probably used for feeding or watering animals, and were commercially made. Insurance value is $300* for each.

6 This small bench belongs to my 81-year-old father, who has recently been offered $500 for it by a local dealer. Before he sells it, though, he wants to know more about its origin and value. 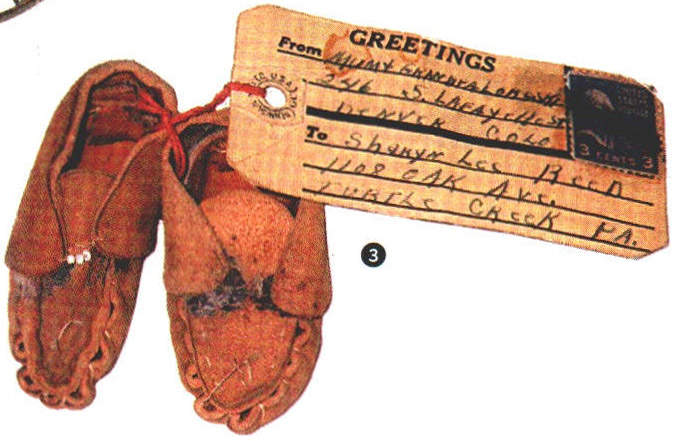 The circa 1840 settee was made in Pennsylvania in the Classical Revival style. This is quite a desirable piece among collectors, even though the paint is worn, because it is a miniature and retains its original decoration. This settee was probably made for a child or for dolls and was an exact replica of a larger example. Replacement cost is $7,500.* 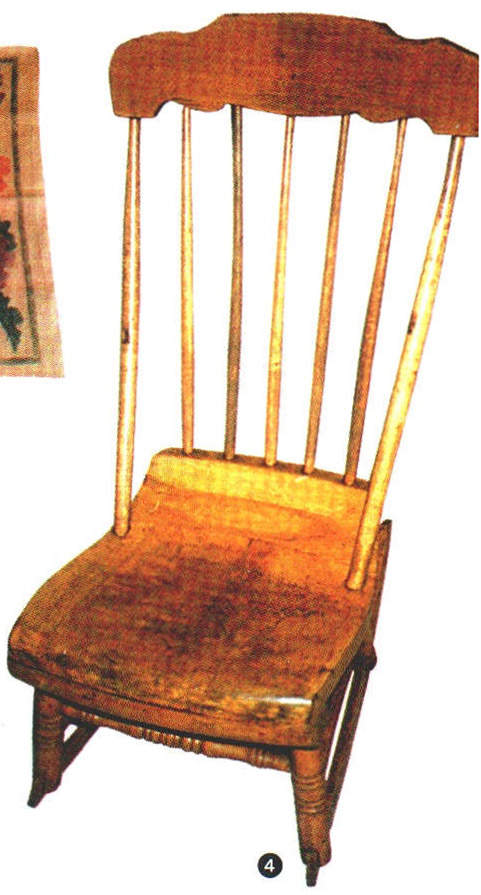 7 I acquired this piece of pottery at an estate sale many years ago. It is 15" tall, marked WELLER on the bottom, and signed TIMBERLAKE. What is the value?

Made sometime during the 1920s or '30s, this vase was produced by Weller pottery as part of its Hudson line. The most common images depicted are realistic flowers, but there are also examples with birds, people, and landscapes. The shaded background is characteristic of Hudson wares. Mae Timberlake was one of the best-known artists, who also worked at the Roseville and Owens potteries. Insurance value is $2,800.*

*INSURANCE VALUE REFERS TO AN ITEM'S REPLACEMENT COST. OR WHAT ONE MIGHT EXPECT TO PAY FOR A SIMILAR OBJECT. SEND YOUR INQUIRY ALONG WITH A CLEAR COLOR PHOTOGRAPH (NO POLAROIDS OR DIGITAL IMAGES, PLEASE) TO HELAINE FENDELMAN & ASSOCIATES, COUNTRY LIVING, P.O. BOX 271. HARTSDALE, NY 10530. THE VOLUME OF INQUIRIES DOES NOT ALWAYS ALLOW US TO ACKNOWLEDGE CORRESPONDENCE OR RETURN PHOTOS, WHICH BECOME THE PROPERTY OF COUNTRY LIVING AND MAY BE USED IN OTHER MEDIA.

what is it? Valentine celebrations have evolved from the martyrdom of St. Valentine, a third-century priest, into a romantic exchanging of gifts, notes, and cards. Dating from the early 1900s, this three-dimensional chromolithographed card, printed on a heavy card stock imported from Germany, has a pop- or fold-out mechanism that allows it to stand alone. The letter G, believed to signify the New York-based manufacturer SAMUEL GABRIEL COMPANY, is printed on the back. The cherub image is ascribed to Frances Brundage (1854-1937), a prolific illustrator of children's books.

what to look for Early valentines were produced in a variety of forms--mechanical, flat, and three-dimensional. According to Katherine Kreider, owner of valentinesdirect.com, value is determined by the intricacy of the design, rarity, and maker. The most-sought-after cards are ones made by Esther Howland, the McLoughlin Brothers, and Raphael Tuck & Sons (manufacturer's stamp shown above), all of whom were active during the mid-19th century. Cards range from a few dollars to thousands of dollars. "Especially at Valentine's Day, let passion rule what you purchase," says Nancy Rosin, an expert on Valentine collectibles. 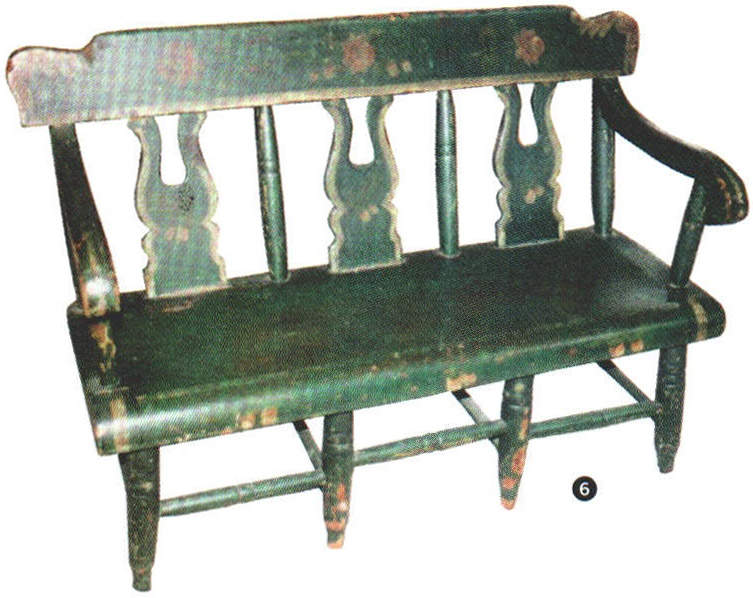 RELATED ARTICLE: everything in its place

All collectors have their methods for best showing off their finds. Contributing editor Marie Proeller Hueston shares some of these techniques for displaying in her new book Country Living Collection Style: Arranging & Displaying Your Treasures (Hearst Books; $24.95). Here are some of her favorite tips:

* Frame old postcards, posters, photographs, and even tattered books to give the objects new life, as well as create artwork in a room.

* Rotate large collections in and out of storage. This prevents items from fading, and keeps each collection feeling fresh and new.

* Bring garden items indoors to use as centerpieces.

* Place coveted collectibles on a mantel, window sill, or open shelving to give them pride of place in a room.

* Arrange small objects on a tray to create a focal point for them, since they might otherwise be overwhelmed in a large room.--Sharon Graber