As we approach the 2016 presidential election working families want to know about the issues at stake and where the candidates stand.

We've put together information* on leading declared and potential candidates and their positions on issues critical to AFT members and the communities they served Read and consider carefully. Then let us know who you think deserves the AFT's endorsement and support. Visit aft.org/election2016. 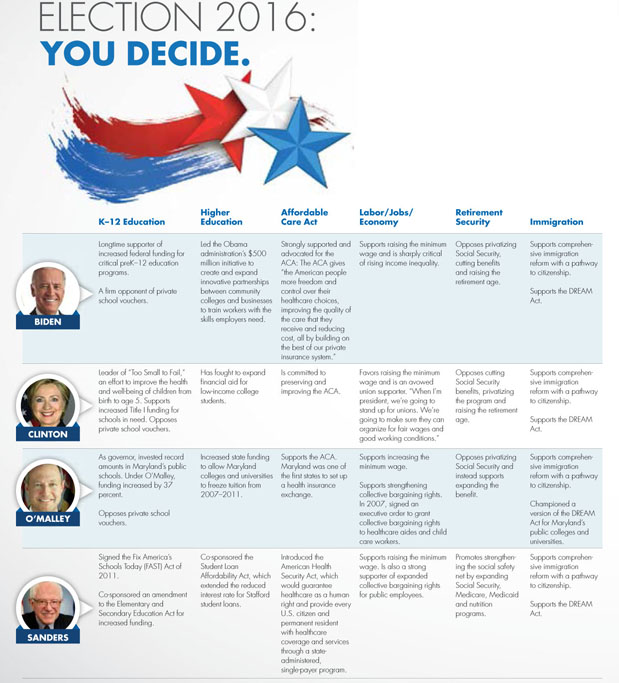 It's your union. It's your voice. You decide. 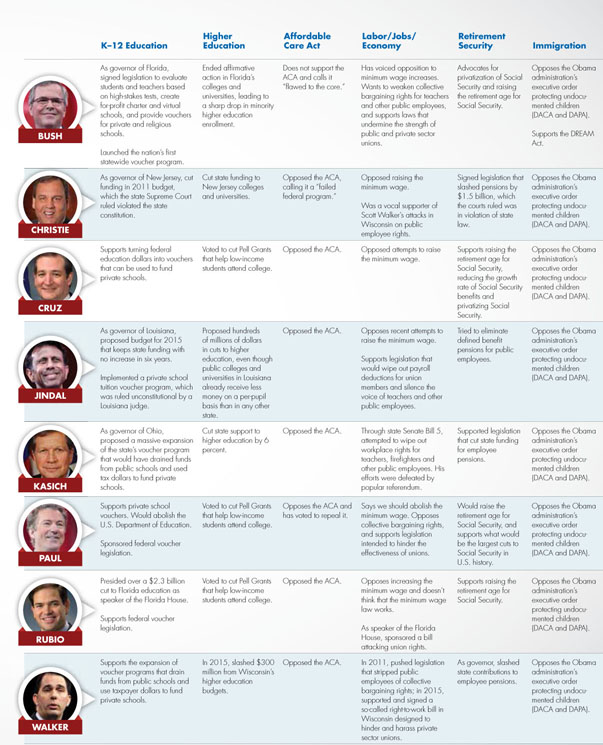