The average age for gays and lesbians to come out in the United States is now sixteen (Martin and Murdock 2007; Huegel 2003; Savin-Williams 2005). Family constructs often are composed of same-sex parents or with LGBTQQ family members as active family participants. These social changes are apparent in every level of society and in each state of the union. For all students in our public and private schools, the need to search for themselves in books and other resources is real and ever-growing.

As school librarians it is our responsibility to both develop and maintain our collections to be responsive to the curricular goals of our districts and the recreational and informational reading demands of student populations. This message is one that is repeated in school librarian post-graduate programs across the United States. Through surveys of students, surveys of teachers and other faculty, conversations, circulation statistics, collection mapping and analysis, curriculum mapping, awareness of book awards, professional-organization recommendations, professional reviews, professional development, and organizational conferences, we find out what is missing, what is needed, what is overlooked, and what is no longer needed. We must be mindful of the fact that pedagogical choices made are political statements (Wink 2001).

Selection is of prime importance in collection development-second only to de-selection. A choice must be made. What will present the most value to the collection and the needs of the curriculum and students? With about two and a half million LGBTQQ teens in the U.S., the weight of selection choices that reflect the needs and interests of all students is real (Rauch 2011).

Within the school library, students often undertake searches to understand themselves and their surroundings. Students seek others with whom to identify--others, fictional of real, similar to themselves-or search for factual information necessary for this understanding. For LGBTQQ students high depression and suicide rates correlate with unfulfilled information needs (Rauch 2011). Informational needs or LGBTQQ students are represented in searches for community services, coming-out stories, and information about health issues and safe sex.

In an essay from School Library Journal, Brent stated:

The study was motivated by the lack of school librarian graduate student response to the discussion of LGBTQQ student populations and responses by state conference attendees to diverse population collection development and programming sessions. Conversations about dealing with diverse student population traditionally dealt with gender (i.e., female/male) or African-American or Hispanic/Latino student populations.

Demographic Information: Licensure, grade levels served, number of years as a school librarian, currently under an additional licensure plan (ALP), and if currently enrolled in a graduate school librarian program and where.

Do you invite student input or conduct student surveys regarding the collection?

Do you invite teacher input or conduct teacher surveys regarding the collection?

Do you have any nonfiction books or other resources dealing with LGBTQQ (Lesbian, Bisexual,

Gay, Transgender, Queer, and Questioning) topics or issues including, but not limited to health, political issues, religion, social issues, parenting, and/or bullying?

Do you have any fiction books or other resources dealing with LGBTQQ characters, themes, story plots, authors, and/or award winners?

Do you have any books or other resources dealing with LGBTQQ topics or issues including, but not limited to diversity, integration, health, political issues, religion, social issues, parenting, and/ or bullying in the professional collection?

Do you purchase books that have been winners and/or honor books from the ALA Stonewall Award for Children and Young Adults?

Do you purchase books that have been included in the ALA Gay, Lesbian, Bisexual, and Transgender Round Table annual Rainbow List for children and young adults?

Do you have any LGBTQQ self-identified students at your campus?

Do students request LGBTCIC) books and/or resources for purchase in your school library?

Does your school or campus have a PFLAG (Parents and Friends of Lesbians and Gays) or another student group for LGBTQC) students and their allies?

Do you feel that LGBTQC) students at your campus feel safe?

Do you feel that LGBTQC) students at your campus feel safe in the school library?

Have you witnessed bullying of LGBTQQ students in your school?

Have you witnessed bullying of LGBTQQ students in the school library?

Have you felt reluctant in purchasing LGBTQ([) books and/or resources for the school library?

Have you been harassed about LGBTQC) books and/or resources for the collection?

Participants surveyed were among the 715 members of the Arkansas Association of Instructional Media (AAIM), a state organization for school librarians and school technologists. The survey instrument was shared via AAIM's listserv. Participation was voluntary with consent acknowledged by responding to the survey. Participants were aware of the topic of the survey as the topic was provided in the survey notification.

Institutional review board (IRB) paperwork was completed with the researcher's university. IRB approval for the study was received.

The survey results provided the following information. The majority of participants were Caucasian heterosexual women under the age of fifty-nine. Additionally, a significant majority were already licensed school librarians; three were currently under an ALP and attending graduate school. Respondents were fairly evenly divided between elementary and secondary schools. Most participants have been school librarians ten years or less.

While the majority of participants do solicit student and teacher input regarding the collection, only 75 percent invite the school counselor's input.

Participants indicated that most do have fiction books dealing with LGBTQQ characters, themes, and story plots, or by LGBTQQ authors, or that were winners of relevant ALA awards, and have had few challenges. Most do not have nonfiction books or other resources related to LGBTQQ-specific issues. Of those that do, only one indicated that a reconsideration/challenge request was put in motion. A large majority also do not have books or other resources dealing with LGBTQC) topics or issues in the professional collection. 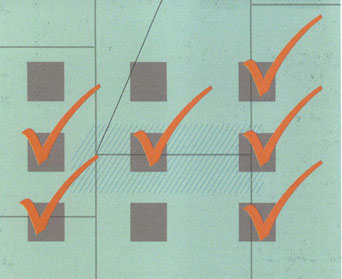 Ten participants indicated purchase of ALA Stonewall Book Award winners and honor books for children and young adults for their collection. Five responded that they had purchased items from the ALA GLBT Round Table annual Rainbow List for children and young adults. The majority have never purchased items from among the ALA Stonewall Award recipients nor from the ALA Rainbow List.

The majority of participants indicated reluctance in purchasing for the collection books and resources for LGBTQQ students. Most had not been harassed when they did purchase such items for the collection. However, one or more students, an administrator, and a parent had harassed some of the respondents who had purchased LGBTQQ-focused items. Several respondents noted that living in the Bible Belt made them very reluctant to purchase items relating to issues of particular interest to LGBTQQ students.

This study demonstrated both a lack of resources available for the LGBTQQ student population in the state and an acknowledgment of the need for resources. Whether through professional development offered by schools or state organizations, the recognition of the informational needs of this particular student population is very scarce.

While school librarians in Arkansas are required by legislation to hold Master's degrees in school librarianship and obtain sixty hours of professional development each year, it is evident that the skills and significance of diversity integration and importance of responding to students' needs via the collection in school libraries are not continually reinforced outside of educational training.

Limitations to the study were several. Arkansas is a rural, conservative, southern state well entrenched in the Bible Belt. The majority of respondents were heterosexual and female. Over 700 listserv members were invited to participate in the survey, but only thirty-seven responded. (One participant of the study self-identified as gay, and another self-identified as bisexual.) A participant e-mailed the researcher stating that homosexuality had nothing to do with collection development.

Awards and Other Resources

A few sources available for locating fiction and non-fiction resources for children and young adults are listed below:

ALA Gay, Lesbian, Bisexual, and Transgender Round Table (GLBTRT): <www.ala.org/glbtrt> 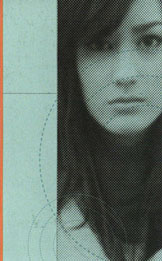 Wink, Joan. 2001. "Finding the Freedom to Teach and Learn, and Live." In Lining (and Teaching) in an Unjust World: New Perspectives on Multicultural Education, edited by Wendy Goodman, 208-216. Portsmouth, NH: Heinemann.