AS CURATOR OF EXPERIMENTS at the Royal Society, Robert Hooke was at the center of intellectual life in late 17th-century London. He was part of a group interested in investigating the world of nature, but Hooke was exceptional. He was active in architecture, astronomy, chemistry, geology, mathematics, mechanics, medicine, meteorology, natural history, and optics. At weekly demonstrations to fellow Society members, he used scientific instruments he had built himself. After the Great Fire of 1666, he worked with Sir Christopher Wren (1632–1723) to rebuild the City of London. Despite his reputation and achievements, Hooke quarreled with Isaac Newton (pp. 22–23 ), and became increasingly reclusive. When he died, a huge sum of money was found in a chest in his house. 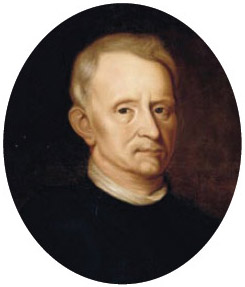 SIR ROBERT HOOKE (1635 1703) No known portrait survives of the celebrated recluse, Robert Hooke. This painting was once thought to be of him. Writing in 1705, Richard Waller described Hooke as “an active, restless, indefatigable genius even almost to the last…” 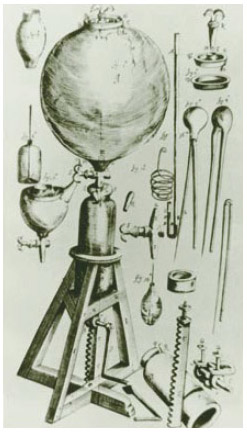 BOYLE'S ASSISTANT In 1655, Hooke was employed as an assistant by Irish-born aristocrat Robert Boyle (1627–91), author of a famous book on chemistry. Hooke helped Boyle to design and build an experiment in which an air pump (left) is used to create a vacuum. They observed how this affected things such as mice and candles placed inside the glass globe. Their research helped to prove Boyle's Law (1662), which defines what happens to a gas under pressure.

“The most ingenious book I have ever read in my life.” 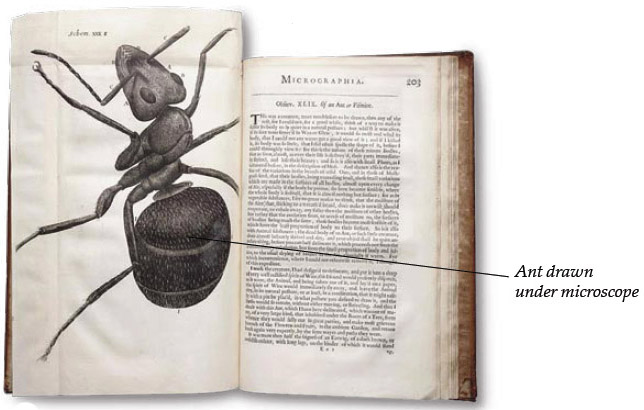 MICROGRAPHIA PAGE A page from Hooke's book Micrographia unfolds, revealing an enormous picture of an ant shown in minute detail. He recorded his observations under a miscroscope, drawing tiny objects such as a flea, a bee sting, a snowflake, and an individual cell in a thin slice of cork. This book was one of the first published by the Royal Society and made Hooke world famous. 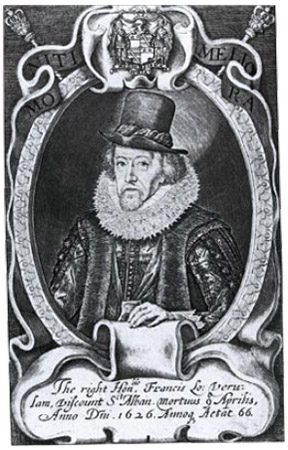 BIRTH OF THE ROYAL SOCIETY Statesman and philosopher Sir Francis Bacon (1561–1626) was a strong believer in experiment and investigation. Bacon inspired a group of people, including Hooke, who began to meet regularly in the 1640s to discuss his ideas. Among them were Robert Boyle and Christopher Wren, who went on to help found the Royal Society in 1660, now the world's leading institution for promoting scientific research. 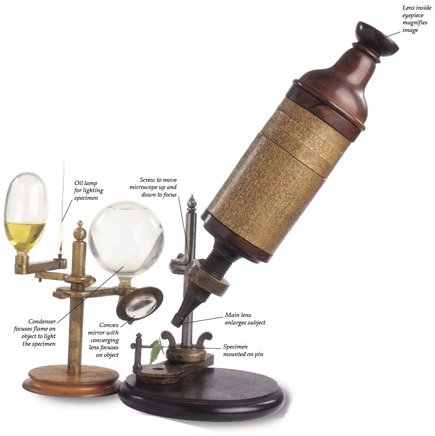 COMPOUND MICROSCOPE Hooke made his observations through his compound microscope. A convex mirror with a lens was used to guide a light toward the subject, which was held in position by a pin. The body of the microscope was made of a series of tubes that moved up and down on a stand to focus. A lens at the lower end magnified the subject, and the eyepiece enlarged this image further. 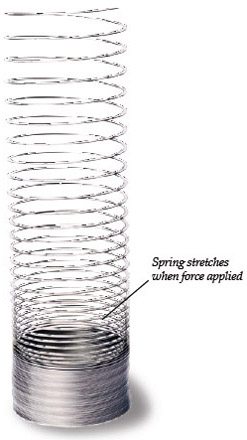 HOOKE'S LAW When a coiled spring is pulled it can extend, but will jump back when let go, unless it is pulled so hard that it ceases to be elastic. In 1660, Hooke discovered that the amount by which the spring extends is proportional to the force applied. In other words, if double the force is used, it will stretch out twice as much. 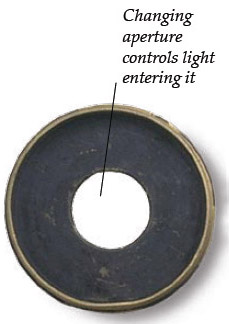 Aperture rings from a camera, 1840s 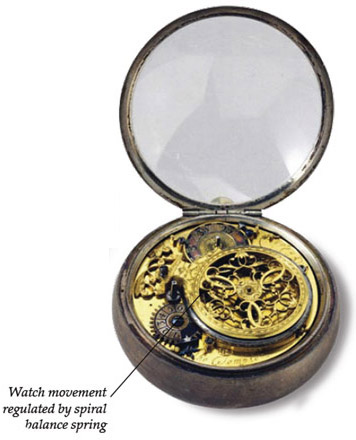 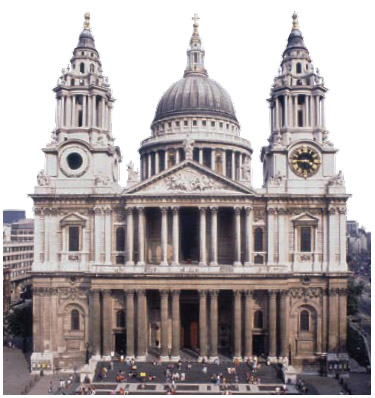 REBUILDING LONDON After the Great Fire destroyed London in 1666, Robert Hooke, as Surveyor to the City, was jointly responsible with Christopher Wren for rebuilding it. A new St. Paul's Cathedral rose from the ashes, a tribute to the genius architect Wren. But Hooke was also a skilled architect, involved in planning important buildings, and for replacing the infrastructure, such as sewers, sidewalks, markets, and quays. The Monument, a huge column that stands near where the fire started, was built to Hooke's design. It records that 13,200 houses and 89 churches were lost. The new St. Paul's Cathedral 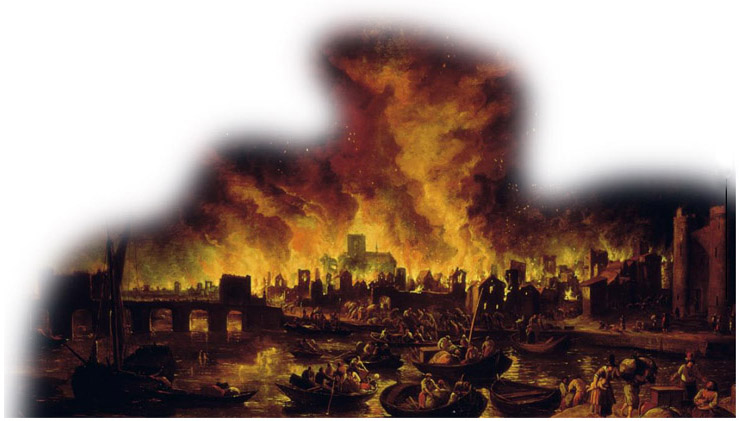 GREAT FIRE OF LONDON On September 2, 1666, a small fire broke out in a baker's shop in Pudding Lane near London Bridge. It raged for four days, destroying large areas of the city. This painting depicts boats full of people jostling on the Thames as an inferno rages through the City of London and threatens to move south of the Thames River. Old St. Paul's Cathedral is ablaze on the horizon.

Modern spirit level INGENIOUS INVENTOR Robert Hooke's mechanical ideas appear in many well-known devices. Springs were used to regulate clocks, as in this pocket watch made by Thomas Tompion (1639–1713). Hooke made a model eye with an adjustable diaphragm to control light entering the iris—a principle used in modern cameras. Joints like the one Hooke designed are used in vehicles to link rigid rods and allow them to rotate. He also designed an early version of the spirit level builders use to ensure that surfaces are straight.