ENGLISH NATURALIST and explorer Joseph Banks traveled around the world on the first scientific voyage led by Captain James Cook (1728–79). By his return three years later, Banks had documented hundreds of previously unknown animals and plants. His lifelong enthusiasm for botany (study of plants) is reflected in every aspect of his career. He set up a herbarium of his collections in London and his house in Soho Square became a meeting place for the scientific community. As president of the Royal Society, London, his influence was far-reaching. Many of the specimens he collected are still studied by scientists today. 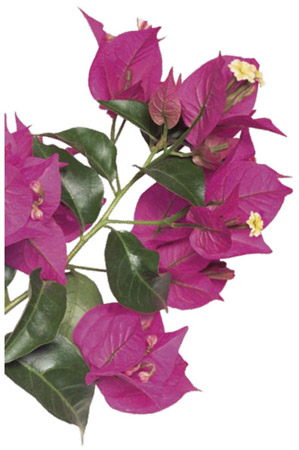 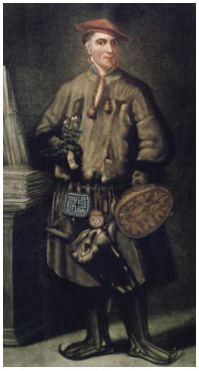 CARL LINNAEUS Swedish naturalist Carl Linnaeus (1707–78) is shown wearing a Lapland costume to celebrate his expedition there to find flora and fauna. He was an avid botanist and created a system for naming and classifying living things, based on their sexual characteristics. His method of naming plants is still used today. Linnaeus's pupil, Daniel Solander, accompanied Joseph Banks on his voyage with Captain Cook.

“No people went to sea better fitted out for the purpose of Natural History, nor more elegantly.” 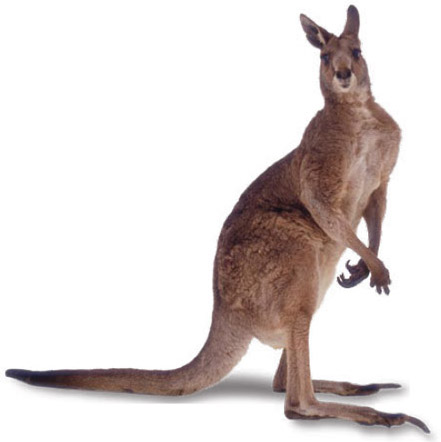 COOK'S FIRST VOYAGE On August 12, 1768, a Royal Society expedition set sail from Plymouth on a scientific voyage to Tahiti, under the command of James Cook and with Banks aboard as botanist. The route took them from Madeira, off the west coast of Africa, across the Atlantic Ocean to South America, around Cape Horn to Tahiti in the South Pacific, then on to New Zealand, Australia, and South Africa, before returning to England. Banks's journal records details of the landscape, people, plants, and animals they saw on the way. Kangaroo 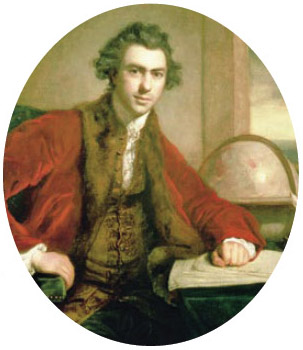 SIR JOSEPH BANKS (1743 1820) This splendid portrait by Sir Joshua Reynolds shows Joseph Banks as a wealthy young man. By the age of 28, he had already acquired a considerable reputation as a botanist. The globe at his elbow is a tribute to his voyage with Captain Cook. 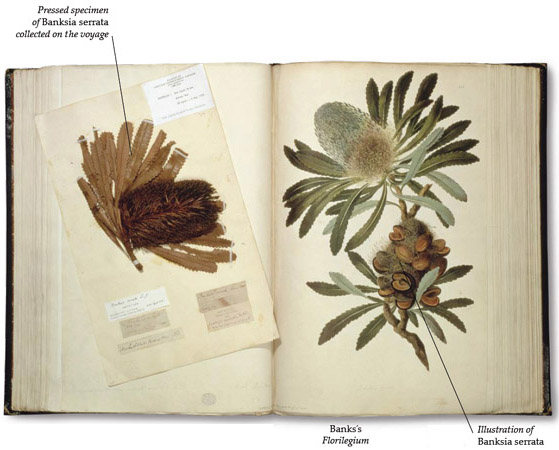 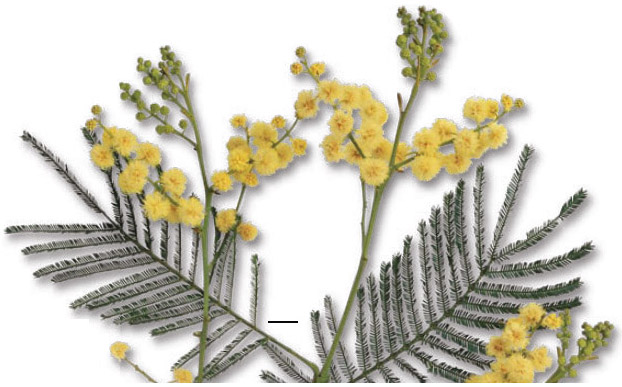 NAMING PLANTS Banks carefully collected plants on the expedition and dried them between sheets of paper. On his return, the dried plants were stored in a collection called a herbarium. This Banksia serrata from Australia, painted by Sydney Parkinson, appears in Banks's book, the Florilegium, and was among many plants named after him. Using Linnaeus's system, it has been classified in the genus Banksia, and belongs to the species known as serrata—a Latin word that describes the serrated leaf edges. Acacia tree (Banksia sp.) 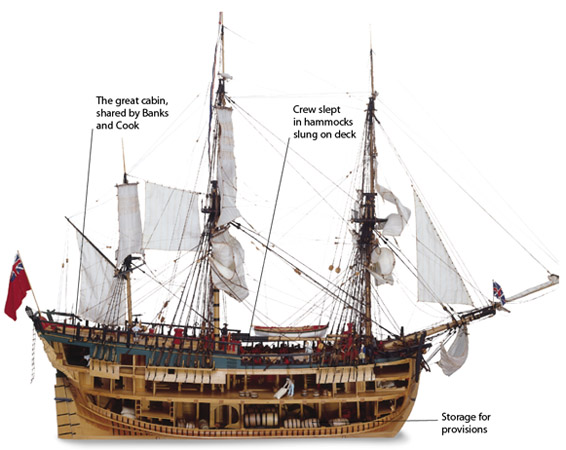 THE ENDEAVOUR Cook's ship, HMB (His Majesty's Bark) Endeavour, was a robustly built square-rigged ship, refitted for a long Pacific voyage. The trip was demanding for all on board, and several expedition members, including the botanical artist Sydney Parkinson, died of malaria. However, Banks returned home in triumph. He had documented about 1,400 plants and 1,000 animals previously unknown in Europe. Cross-section of the Endeavour 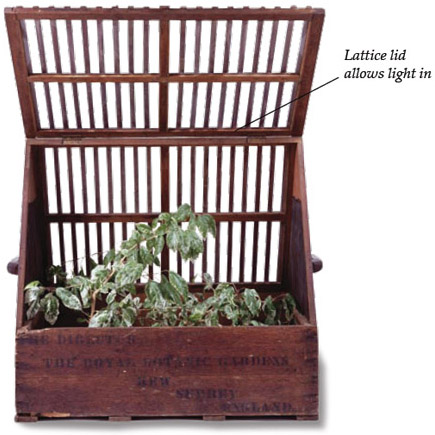 WARDIAN PLANT CASE Plant collectors scoured the world for specimens for Joseph Banks, bringing them back to him at the Royal Botanical Gardens, Kew. With Banks as unofficial director, and with the support of George III, Kew became a world center for botanical research. The invention of the Wardian case in 1827 made the transport of living plants easier, since it provided a stable environment on long sea voyages. It was used at Kew until the 1960s.

BREADFRUIT BOUNTY Banks took a great interest in transplanting food plants across the globe. HMS Bounty, in the charge of Lieutenant William Bligh, was sent to transport breadfruit trees from Tahiti to Jamaica. Cast adrift by mutineers in 1789, Bligh traveled to safety with loyal members of his crew, and returned to Tahiti in 1791 to complete his mission. Breadfruit 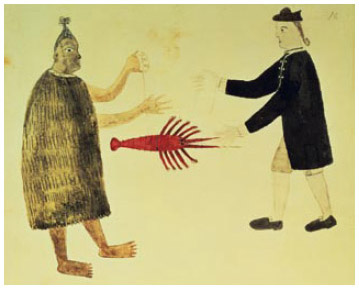 POLYNESIAN PEOPLE The Endeavour received a mixed reception from the people in the lands she visited. This painting is by Tupaia, a Polynesian high priest who Banks took on board the ship. It shows a Maori trader, resplendent in a feather cloak, offering Banks a piece of bark cloth in exchange for a crayfish. Other encounters were less successful. Skirmishes left several Maori people dead before the ship left New Zealand. 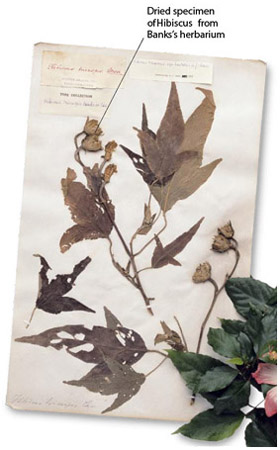