GREGOR MENDEL (1822–1884) was a monk and a physicist. Some of his fellow monks were crop breeders, and he began investigating heredity to help them to improve their crops. Being a physicist, he looked for simple laws that could be expressed mathematically, and this happened to be a good way of approaching heredity. By an inspired guess, Mendel chose to study “either/or” characteristics, such as seed color in peas. Others scientists were looking at characteristics that appear to blend in the offspring, such as size. Though these are more common, they are far more difficult to study. Mendel’s results, published in 1865, were not understood until 1900, when scientists made the same discoveries again. “Mendelism” was born, and in 1909 the word “gene” was coined for his hereditary particles (p. 52). At first Mendelism seemed to oppose Darwinism, because “either/or” characteristics would not create the small variations on which natural selection could work. In the 1920s it was realized that most characteristics are governed by dozens of genes, each with small effects that can add up to a large effect. The many genes controlling a characteristic such as size can provide small variations, but each gene behaves in exactly the same way as a gene for an “either/or” characteristic. The ideas of Mendelism clearly supported Darwin, and they were combined in a new theory—neo-Darwinism.

- The talented and intelligent son of poor peasants, Mendel could continue his science studies only by entering the local monastery. Many of his fellow monks were enthusiastic scientists. 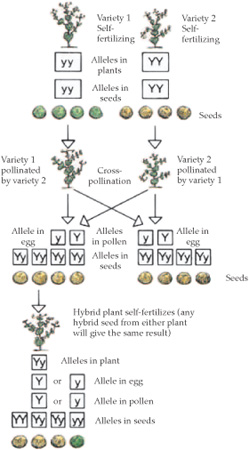 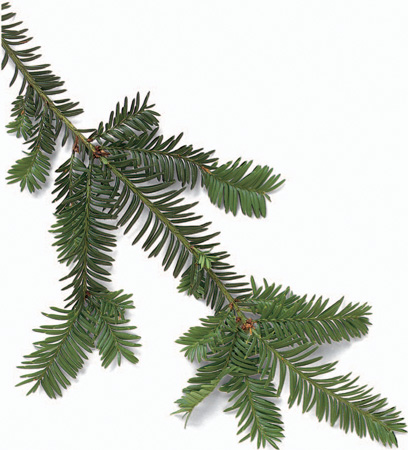 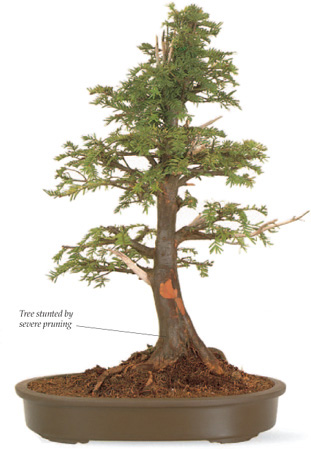 - Bonsai trees, like trees grown in harsh natural conditions, show how much external forces influence a characteristic such as size. The tree’s genes (its “genotype”) provide the raw material, but what happens to the tree helps to shape its actual form (the “phenotype” To study heredity, it is important to look at characteristics that are not affected by external factors, or to keep the external factors exactly the same. - Bonsai yew, less than 1 ft (30 cm) tall

Mendel worked with plant varieties (different types within a species). He crossed varieties that had distinct, contrasting characteristics, such as seed color. His results showed that heredity was not blending, but involved discrete units, now called genes.

Blue beads - - Mendel crossed a green-seeded variety of pea with a yellow one. (Pea flowers normally fertilize themselves, but they can be fertilized by hand with pollen from another plant.) All the seeds from the cross were yellow. These seeds were planted, and the plants were allowed to self-fertilize. They produced yellow and green peas, in a ratio of 3:1. This ratio reveals what is happening inside the plants. As Mendel realized, there must be hereditary particles (now called genes) that do not divide or blend. In this case, there is a single gene for seed color, but two different versions (or alleles) of the gene. One allele codes for yellow, the other for green. Each seed carries two alleles, and if they are of different types then the seed is yellow: the allele for yellow (called the dominant) masks the effect of the allele for green (called the recessive). Each seed receives one allele from the pollen and one allele from the egg. 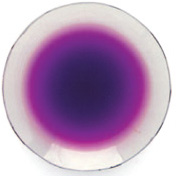 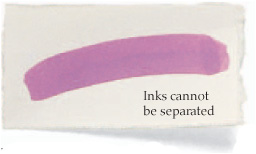 - If a plant variety with red flowers is crossed with another variety having blue flowers, the offspring usually have purple flowers. It appears that the effect is like that of mixing inks. 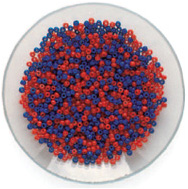 - Heredity actually depends on particles called genes, but for most characteristics dozens of genes are involved, not just one as for the color of peas. Each gene has a small effect, but together they can add up to a large effect. The mixture of red and blue beads shows how the combined action of many genes can give a result that resembles blending inheritance, but this result is only superficial. By breeding from the purple-flowered hybrids, it is possible to get blue plants and red plants again. Like beads, the genes can be separated out again. - Red and blue beads mixed to produce purple; each bead represents a single allele of one gene for flower color

Unlike inks, different colored beads can be separated out again

- Thomas Hunt Morgan began work on fruit flies in 1907. By 1911 he had shown that genes were located on the chromosomes. His work helped lead to the realization that most characteristics are controlled by many genes.

Normal fly - Tiny mutant fruit fly - - Fruit flies (Drosophila) are far easier to study than plants. They can be kept in bottles, they breed quickly, and they often undergo spontaneous changes (called mutations) in their genes. Through his work on these flies, Morgan managed to locate each gene at a specific site, or “locus,” on a chromosome. Chromosomes are situated in the nucleus, at the center of every cell. 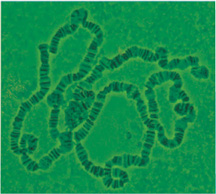 - Fruit flies offer an added bonus to geneticists— they have giant chromosomes in their salivary glands, and because of their size these can be studied more easily than normal chromosomes. Each band on the chromosomes corresponds to an individual gene site, or “locus.” Genes are now known to consist of DNA (p. 52).