The year 1955 was a frustrating time for many people involved in the struggle for civil rights in the United States. The United States Supreme Court had already ruled the previous year that segregation in public schools was illegal. And a full nine years had already passed since the same court had ruled against segregation on interstate buses. However, change was slow to come in many areas of the country, particularly the South.

Institutional racism occurs when an organization or governing body operates under a policy that discriminates between different people based on race or ethnicity. The public transportation system in Montgomery, Alabama, was a clear example of institutional racism. The back section of the bus was designated for African Americans, while the front was reserved for white passengers. Black passengers had to enter through the front doors, pay the fare, exit the front doors, and reenter through the rear doors. In addition, if the white section of the bus was full and another white passenger boarded, any black passengers in the first row of the “colored” section were required to move back one row to make room for the white passenger, regardless of whether or not seating was available for them.

Black passengers who failed to obey these unfair rules could be thrown off the bus or arrested. In the 1950s, as more and more African Americans recognized the unfairness of the rules, conflicts between black passengers and Montgomery bus drivers became increasingly common. On March 2, 1955, a fifteen-year-old high school student named Claudette Colvin refused to give up her seat for boarding white passengers. She was arrested and taken to jail. In April of the same year, a thirty-six-year-old housewife named Aurelia Browder was arrested under similar circumstances. On October 21, an eighteen-year-old named Mary Louise Smith was arrested for not giving up her seat to a white woman.

Tensions regarding the bus policy had been mounting for years, and on December 1, 1955, circumstances finally reached a tipping point. Rosa Parks (1913–2005), a forty-two-year-old seamstress and secretary for the local chapter of the NAACP, was arrested for refusing to give up her seat to a white man. Her situation was no different from that of other women arrested before, but the fact that she was older and a respected member of Page 56  |  Top of Articlethe activist community in Montgomery drew attention. The president of the local NAACP, Edgar Daniel Nixon (1899–1987), and a local lawyer posted Parks’s bail. They and other community leaders immediately began organizing a response: a one-day boycott of Montgomery’s public transit system that would take place on Monday, December 5, which was also the day of Parks’s trial. Flyers were printed by the Women’s Political Council, an organization that had already attempted to affect changes to the bus system and had previously threatened a boycott. The flyer read in part, “If we do not do something to stop these arrests, they will continue. The next time it may be you, or your daughter, or mother.” The flyer continued, “This woman’s case will come up on Monday. We are, therefore, asking every Negro to stay off the buses Monday in protest of the arrest and trial.” Although Parks was found guilty at the trial, the bus boycott proved successful.

Community organizers met again that same day and decided to extend the boycott to send a message to the local government. A new organization called the Montgomery Improvement Association (MIA) was formed. Martin Luther King Jr., a minister new to the area but eager to participate in civil rights causes, became the leader and spokesman of the organization. The group issued demands to those who controlled the public transit 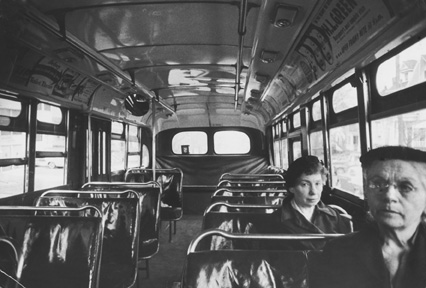 system, and stated the boycott would end when these demands were met. These demands included more courteous treatment for black passengers, as well as a promise to hire black drivers. They also asked that seating be offered on a first-come, first-served basis, though they did not push the issue of separate entrances for blacks and whites.

The boycott was wildly successful at reducing revenues for the bus system. Before the boycott, nearly three-fourths of all passengers on Montgomery city buses were black. During the boycott, an estimated ninety percent of African Americans in Montgomery avoided taking the bus. The MIA offered alternative transportation methods for those participating in the boycott. Over three hundred cars were used for carpooling, and discounted cab fares were offered for some participants.

The organization and its leaders faced opposition on many fronts as the boycott dragged on. The homes of both King and Nixon were bombed, and King was convicted of violating a law that forbade the disruption of lawful businesses. The Federal Bureau of Investigation (FBI) even assigned an agent to “uncover all the derogatory information he could” about King. Parks also endured hardship, being fired from her job at a local department store. However, the boycott continued throughout the year.

During the boycott, civil rights lawyers prepared a civil lawsuit to be filed on behalf of several women—including Claudette Colvin, Mary Louise Smith, and Aurelia Browder—who had been arrested on Montgomery city buses. The suit was filed on February 1, 1956, and the named defendant was the mayor of Montgomery. In June, a district court ruling found that the bus segregation was unconstitutional, but the matter escalated all the way to the Supreme Court. On November 15, 1956, the Supreme Court upheld the earlier ruling that public buses in Alabama could no longer segregate passengers according to race.

A Montgomery city ordinance was passed in December to change the previous law. The boycott ended after 381 days on December 20, 1956. Many historians view this campaign as the first major success in the civil rights movement.