Dubbed a natural-born storyteller, Charles Frazier is best known for his award-winning debut novel Cold Mountain (1997). Praised for his ability to fully capture the language and landscape of the American Civil War era, he became an overnight literary sensation with the publication of his best-selling book.

Works in Biographical and Historical Context

Raised in North Carolina Charles Robinson Frazier was born on November 4, 1950, in Asheville, North Carolina. He is the son of Charles O. Frazier and his wife Betty. Raised in the mountainous part of western North Carolina, he lived in the towns of Andrews and Franklin. His father was a high school principal in Franklin; his mother worked as a school librarian and administrator. While Frazier was growing up, the civil rights movement was gaining strength, especially in the South. It protested the persistent racism and segregation in many areas of life for African Americans, especially those living below the Mason-Dixon Line. One result of this struggle was the desegregation of public schools—the admittance of black students into schools formerly meant only for whites. 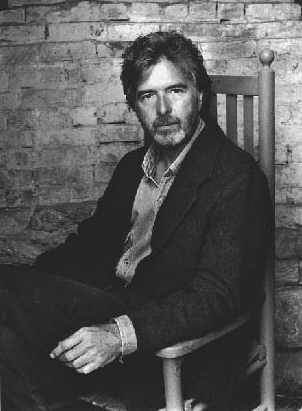 After completing high school in 1969, Frazier entered the University of North Carolina at Chapel Hill. He earned his BA in 1973, then began graduate work at Appalachian State University. There he met his future wife, Katherine, whom he married in 1976. Frazier continued to work on his PhD in English at the University of South Carolina. While completing his degree, Frazier taught early American literature courses at the University of Colorado. His experiences as an avid traveler in South America led to his first writing project. Frazier coauthored a nonfiction guide, Adventuring in the Andes: The Sierra Guide to Peru, Bolivia, the Amazon Basin, and the Galapagos (1985).

Novel Inspiration In 1986, Frazier earned his PhD with his dissertation Geography and Possibility: Man and the Landscape in Recent Western Fiction, his daughter Annie was born, and he and his wife returned to North Carolina. He then taught at North Carolina State on a part-time basis and raised show ponies on his property outside of Raleigh. Frazier occasionally published a short story, but learning aspects of his family history inspired a much larger project. While researching the family's ancestry, Frazier's father came across a reference to a great-great grandfather who had served in the Confederate army during the Civil War, was injured, and deserted a military hospital to make his way back to Cold Mountain in western North Carolina. Though Frazier could find no more about his ancestor's story, he began researching local and state archives for old journals and letters from the Civil War era.

In 1989, urged by his wife to quit teaching and write full-time, Frazier focused all his energy on his Civil War project. Using such sources as the journals of Frederick Law Olmsted (who traveled in the Great Smoky Mountains) and the writings of naturalist William Bartram, Frazier spent the next eight years producing what would become Cold Mountain (1997). This novel follows Inman, a Confederate soldier wounded in battle. He deserts before his injury heals enough to force him back to war, and he works his way back to his love, Ada Monroe, while evading the “Home Guard,” a posse that seeks out deserters and carries out summary executions. While Inman is making his journey, Ada runs the family farm with the help of a rough mannered local girl.

Even before its publication in 1997, Cold Mountain received positive word of mouth. It became a best seller within a month of its June 1997 release and won the National Book Award later that year. Frazier then spent the next few years doing publicity for the novel while continuing to raise show ponies.

Publishes Thirteen Moons In 2002, Frazier signed a deal worth $8.25 million for his second novel that was based on his submitting a one-page outline. While it had been several years since Cold Mountain was completed, his idea came from research he had conducted while writing that novel. That research revealed that in or about 1900 the patients of a North Carolina state psychiatric hospital included a one-hundred-year-old man, William Holland Thomas, who sometimes refused to speak any language but Cherokee. He was not a Native American, but he was an orphan who had grown up among the Cherokee in North Carolina. He ultimately became the chief of a Cherokee clan and for a time represented that clan in Washington, D.C. In his novel Thirteen Moons, Frazier drew on Thomas's long life and experiences with the Cherokee people, with the politics of that era, and with the Civil War. Frazier spent the next four years writing the book, which was published in 2006. While reviews were mixed, a number of critics embraced both the story of Will Cooper, as Thomas was called in the novel, and Frazier's depiction of the Cherokee community in which Cooper lived.

After completing Thirteen Moons, Frazier took time off from writing. He continues to live with his wife and daughter on his North Carolina farm, where he still breeds horses.

Kaye Gibbons (1960–): Gibbons, a novelist who is a native North Carolinan, helped get Frazier's Cold Mountain published. Her works include Charms for the Easy Life (1993).

Bill Clinton (1946–): This American president served two consecutive terms in office in the 1990s. He is also a best-selling author who received a $10 million advance for his memoir, My Life (2004).

Anthony Minghella (1954–2008): This British screenwriter and director oversaw the film adaptation of Cold Mountain (2003). He also directed and wrote the screenplay of the 1996 film The English Patient, for which he won a best-director Academy Award in 1997.

Don DeLillo (1936–): DeLillo wrote the novel Underworld (1997), which was a contender for the National Book Award the year Cold Mountain won.

In Cold Mountain, Frazier offers a Civil War solider's story—that of a wounded Confederate deserting to make his way home. Here are some novels about the Civil War that offer other perspectives:

The Red Badge of Courage (1895), a novel by Stephen Crane. In this novel, Crane offers a view of the Civil War from the perspective of a young soldier who experiences cowardice, guilt, fear, and ultimately triumph.

The Killer Angels (1974), a novel by Michael Shaara. This novel describes the climactic struggle at Gettysburg from multiple perspectives of the key participants on both sides.

Andersonville (1954), a novel by MacKinlay Kantor. This novel tells the story of the Union soldiers who were prisoners of war in the infamous Andersonville prison. The novel won the Pulitzer Prize for fiction in 1956. “An Occurrence at Owl Creek Bridge” (1890), a short story by Ambrose Bierce. Bierce's famous story tells the tale of a Confederate sympathizer hanged by Union troops.

novels were set. The history of the South, primarily in the nineteenth century, is the author's main focus. While Cold Mountain takes place during and shortly after the Civil War, Thirteen Moons encompasses a century of American history and includes information about Cherokee culture. In each of his novels, Frazier also sends his characters on a journey that transforms their lives. Frazier was influenced by early American literature and nineteenth-century sources, such as journals that he uncovered in the course of his extensive research for both books. Cold Mountain also shares many features with the Odyssey (c. 700 B.C.E.), an epic poem by the ancient Greek poet Homer.

An Authentic Vernacular In Cold Mountain, Frazier drew on many sources to come up with the period detail and vocabulary that gave the novel its historical accuracy and appeal to readers. Frazier was able to re-create and describe the landscape of a rural, genuinely rustic American South just after the Civil War, using the vocabulary of that time period. He employs the names of tools, like maul and froe, no longer used, as well as older terms for local plants, animals, and crops. Frazier's penchant for authentic language also extends to the characters's nuances of dialect and phrasing. Thirteen Moons was similarly authentic in its span of a hundred years of American culture, and it included accurate depictions of the Civil War, notable historical figures, Cherokee culture, and the Trail of Tears (the forcible removal of Cherokee from their homes in states like North Carolina to Oklahoma, causing the deaths of thousands).

Transformational Journey Both of Frazier's novels feature characters who experience a life-transforming journey. In Thirteen Moons, the journey is one of a whole life. Frazier outlines Cooper's life from the time he is an orphan, to his adoption into a Cherokee clan, and his becoming a Cherokee chief. Cooper's journey also includes experiences like fighting for the Confederacy during the Civil War, serving in the state legislature, and meeting such figures as Andrew Jackson. His journey ends with his death at a psychiatric hospital in North Carolina. Cold Mountain also has a Civil War and North Carolina focus. Inman embarks on a trip home that is fraught with difficulties, as he must avoid the Home Guard, recover from his injuries, and keep himself alive amid foul weather and attacks from wild animals and other refugees. In contrast, Ada's adventure takes place only on her farm, but her father's death forces her to evolve from a genteel woman to an independent and capable farmer. Her own journey of self-discovery and survival is aided by the self-reliant Ruby, a local farm girl who teaches Ada how to run her farm.

Frazier's works have been generally praised by critics for their historical detail and authenticity. Reviewers note Page 561  |  Top of Articlethat his extensive research for both Cold Mountain and Thirteen Moons lend the novels an air of realism. While Cold Mountain was greatly praised, however, many critics found Thirteen Moons less powerful, more wordy, and not as gripping as Frazier's debut.

Cold Mountain From its initial publication, Cold Mountain received nearly unanimous positive reviews from critics. Reviewers specifically praised Frazier's skill with antiquated language, as well as his ability to capture the natural world of the era. As Mel Gussow in the New York Times notes, the novel “is filled with flavorful details: language (tools like maul and froe, spurtle, fleam, and snath), crops, food, books and Cherokee legends.” Gussow added, “Mr. Frazier is a stickler for authenticity.” Cold Mountain also won praise for giving the ideological underpinnings of the Civil War rather short shrift in comparison to others of its genre. Writing in the Library Journal, David A.

Berona proclaims it a “monumental novel” and “a remarkable effort that opens up with a historical past that will enrich readers.”

Thirteen Moons Unlike Cold Mountain, Thirteen Moons received mixed reviews from critics. Many reviewers made issue of the $8.25 million advance Frazier received for the book, with a number of them noting that this worked out to twenty thousand dollars per page and declaring that the novel did not live up to these standards. For example, while Louis Menand in the New Yorker praises Frazier's “gift for violence” and his “Darwinian” nature, Menand also notes, “There is too much lapidary sententiousness, too much moral reverb, in the prose. … We could take the characters more seriously if the author took them less seriously.” In Entertainment Weekly Jennifer Reese compared Frazier's two novels, with Thirteen Moons coming out the worse. Reese writes, “Will's tale is, by turns, amusing, bawdy, bloody, and poignant, but finishing one baggy character never leaves you panting for the next.” As William Brett concludes in the Spectator, “Thirteen Moons is sound in its historical fiction. But as a novel it's disappointing.”