In 1995, David Guterson won the PEN/Faulkner Award for his novel Snow Falling on Cedars (1994), a story about how the mysterious death of a local fisherman in 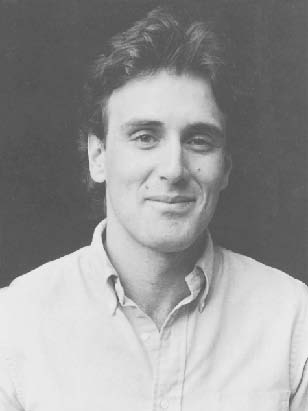 1954 affects a Japanese American family. Snow Falling on Cedars was an international success, selling more than 2 million copies in the United States alone, was translated into more than twenty-one languages, and was adapted into a critically acclaimed film of the same title. Guterson's more recent novels, East of the Mountains (1999) and Our Lady of the Forest (2003), have been noted for their attention to detail and their universal moral themes.

Northwest Inspiration Guterson, the son of an attorney and a homemaker, grew up with two brothers and two sisters in Seattle, Washington. Guterson and his siblings spent much time in the lush landscape surrounding Seattle, an environment that obviously inspired the settings of his novels. The family frequently spent holidays at Soap Lake, east of the city, and this locale, along with the Columbia River Basin (a favorite getaway for Guterson in his twenties), was the basis for the hunting trip of the fictional Ben Givens in Guterson's East of the Mountains (1999). Guterson enjoyed books as a child, but did not begin seriously writing until his junior year of college when a teacher of short fiction awoke Guterson to the enjoyment of creating stories and playing with

Carl Hiaasen (1953–): Hiaasen began writing as a journalist, but turned to writing satiric “environmental thrillers” against a rich Florida backdrop.

Mitch Albom (1958–): Albom, an author, sports journalist, and broadcaster, is known for his inspirational novels like the best-selling Tuesdays with Morrie (1997).

Tim Burton (1958–): Burton, a film director and screenwriter, is known for his Gothic filmmaking style, as well as for the dark atmosphere and detail of the stories he tells.

words. Guterson often had sat in on his father's trials and had imagined himself following in his father's footsteps. But the creative writing bug took hold.

Diverse Interests Before attending the University of Washington in 1974, Guterson was an average student. Once at the university, however, Guterson engaged in a multitude of subjects, from human anatomy and botany to Asian American history. These diverse interests would provide ample fodder for his early short stories and later long fiction, as did the summers he spent clearing brush and fighting fires for the U.S. Forest Service.

Marriage, Teaching, and Raising Kids In 1978, Guterson graduated with a BA in English from the University of Washington and, one year later, married Robin Ann Radwick, whom he had known since high school. Still passionate about writing, Guterson enrolled in the Master's program in Creative Writing at Brown University. Not connecting stylistically with the program at Brown, Guterson left. He later returned to the University of Washington, where he joined their creative writing program and worked with prominent writers, including Charles Johnson.

In 1982, after Guterson finished his degree at the University of Washington, he and his wife took their newborn son, Taylor, on a tour across Europe in a Volkswagen van. The family returned to Seattle four months later, bankrupt. Two years later, in 1984, their second child, Travis, was born, and the family moved to Bainbridge Island, thirty-five minutes west of Seattle by ferry. Guterson joined Bainbridge High School as an English teacher (a position he would hold for a decade). Guterson and his wife had a third son, Henry, in 1986, and a daughter, Angelica, in 1993.

Published at Last Several of Guterson's early stories had found their way to journals, including The Iowa Review and Prairie Schooner. In 1989, Guterson published a collection of these stories under the title The Country Ahead of Us, The Country Behind. This collection of ten stories was a bildungsroman of sorts, a group of coming-of-age stories about young men or boys at defining moments in their lives. Guterson, in a 1999 interview with Publishers Weekly, suggests these stories reveal a young writer still searching for his own voice.

A Lucrative Career in Nonfiction While Guterson began writing his first novel, he launched into another genre: nonfiction. He wrote articles on a myriad of topics like the environment and travel, and his work appeared in popular periodicals, including Esquire and the New York Times. At this time, he also acted as a contributing editor for Harper's. While at Harper's, Guterson's writing on homeschooling caught the eye of a book editor. Guterson published Family Matters: Why Homeschooling Makes Sense (1992).

Snow Falling on Cedars For more than five years, Guterson researched the setting and history that would serve as the foundation for Snow Falling on Cedars. The details of the novel emerged from his intense study of the Japanese internment during World War II, gillnetting (or fishing by means of a net placed vertically in the water), salmon fishing, and small island communities in Washington. Set in the 1950s, the novel tells the story of a Japanese-American man accused of murdering a respected fisherman on the fictional San Piedro Island. The novel hit number one on the New York Times best-seller list and received positive reviews from critics. Guterson was also honored with such literary prizes as the PEN/Faulkner Award (1995), the American Booksellers Book of the Year Award (1995), and the Pacific Northwest Booksellers Award (1995). At the turn of the twenty-first century, the novel became the most successful paperback that Vintage ever published. Success for Guterson continued as Universal Pictures adapted the book for film in 1999, the same year that the author published his second novel, East of the Mountains.

Casting a Wide Fictional Net For East of the Mountains, Guterson also conducted extensive research; in order to tell the story of a retired heart surgeon with cancer who has lost his desire to live, Guterson visited both Italy and the desert in Eastern Washington, learned about apple farming, and interviewed migrant workers from Mexico. The learning experiences inspired Guterson to create vivid characters like the illegal immigrant fruit-picker as well as flashbacks to World War II and the Italian countryside where the protagonist was once stationed. East of the Mountains disappointed some critics after the acclaim of Snow Falling on Cedars. Guterson's third novel, Page 645  |  Top of ArticleOur Lady of the Forest, moved away from the moral themes in Guterson's previous novels to blend the mystical with humor and cynicism. The story focuses on a town falling apart with the loss of their logging industry and a teenager who sees the Virgin Mary. The novel received mixed reviews.

The Other Guterson returns to the Washington forest in The Other (2008). The novel's protagonist, John William, is a recluse as well as the sole heir to a banking and timber fortune, a man who shuns society. But the book tells the story of his longtime friendship with another man, Neil Countryman, a boy he met in high school. Guterson still lives in Washington, on an island in Puget Sound, where he continues to write novels.

In Guterson's work, the setting plays an important role in the story, particularly in shaping lives and actions of the characters. Guterson primarily leans on the woods of the Pacific Northwest for inspiration and, in an interview, once said, “The cycle of decay is so overwhelmingly present here. Everything human disappears in this landscape.”

Relationship with the Land The plot of the novel Snow Falling on Cedars is anchored by a murder caused by an old family feud over land. Years before the book begins, the father of the would-be victim agrees to sell a plot of land to the father of the would-be accused, a Japanese immigrant. Because a law prohibits Japanese immigrants from owning property, the men put the land in the name of the accused, who is American born. However, years later, when the Japanese American family becomes interned, the original landowner dies and his wife sells the farm to someone else. The characters in the novel are inextricably tied to the land, and their strong sense of place is the basis for the novel's ethos. This connection between a community and its environment is a running theme throughout much of Guterson's work. As he told Book: “I think that people don't have enough of a sense of place these days. That's why we have so much environmental devastation: People don't live in the landscape; they just live temporarily on it.”

Heroes of the Common People Guterson once told Book, “Stories will always matter—stories that present human beings in crisis, deciding how to confront their struggles, how to be fully human. Stories deliver us the heroes of the common people.” Each one of Guterson's novels addresses this theme of human triumph, particularly over personal adversity. In East of the Mountains, the protagonist heads to the desert of Washington State to end his life, but instead meets various strangers who make him reevaluate his choices and gain new perspective on his future. In Our Lady of the Forest, a teenager's vision of the Virgin Mary riles up her small town as well

Guterson is known for his strong plots, but Guterson's rich settings also are a trademark. Other novels that emphasize the connection between people and places include:

Absalom, Absalom! (1936), a novel by William Faulkner. In this tale set in fictional Yoknapatawpha County, an ambitious West Virginian moves to Mississippi to start a plantation and a family dynasty.

Texas (1985), a novel by James Michener. This epic tale of the Lone Star State spans from the time of the earliest European explorers through the modern age, and includes both historical and fictional characters as participants.

The Highest Tide (2008), a novel by Jim Lynch. Newspaper journalist Lynch's first novel is a bildungsroman about a teenager and his relationship with the Puget Sound, a relationship that changes both his life and his role within his community.

as the world around it, ultimately offering an unusual “fable” of both greed and hope. Snow Falling on Cedars uses murder and a family history to make its characters revisit their ideas of right and wrong, of morality, and of justice.

Snow Falling on Cedars Snow Falling on Cedars was lauded for its characterization, courtroom drama, and lyrical language. Pico Iyer of Time complimented the “beautifully assured and full-bodied story,” while Tom Deignan of the World and I noted the novel's “long-winded” style, but was quick to suggest the story has “a lush, rugged landscape and good old courtroom drama to serve as the book's sturdy spine.” Booklist reviewer Dennis Dodge saw the book as “compellingly suspenseful on each of its several levels.”

Our Lady of the Forest Critical expectations were high for Guterson's third novel, and reviews were, on the whole, positive. Publishers Weekly thought the “gloominess of this uncompromising novel” might alienate or depress some readers, yet Pico Iyer of Time liked the dark elements, suggesting the tone of the novel Page 646  |  Top of Articleoffered “an unflinching picture of [Nathaniel] Hawthorne's descendants in the wake of [rock star] Kurt Cobain.” In other words, Iyer viewed the book as a contemporary attempt at revisiting traditional stories with edgy, moral messages.

Donahue, Bill. “Living in His Landscape, the Northwesterner Looks East of the Mountains with His New Novel.” Book (November 2000).

Stuhr, Rebecca. Review of Our Lady of the Forest. Library Journal (June 2003).