Umberto Eco (born 1932) is a best-selling author of mystery novels that reflect his many intellectual interests and wide-ranging knowledge of philosophy, literature, medieval history, religion, and politics. His academic work in semiotics, the science of signs by which individuals and cultures communicate, has made important contributions to studies of popular culture as well as to communication science and information theory.

Umberto Eco was born in a small town in northwest Italy, the only son of an accountant. When World War II broke out, his family fled to the country to escape the bombing. There he observed conflicts between the Fascists and the partisans and experienced wartime deprivations that would later become a part of his second novel, Foucault's Pendulum. After the war, he entered the University of Turin to study law, but soon switched to medieval philosophy and literature. Partly as a result of his involvement with Italy's national organization for Catholic youth, he wrote a dissertation on St. Thomas Aquinas and in 1954 was awarded a doctorate of philosophy.

After graduation, Eco worked for Italian state television as "Editor for Cultural Programs," which gave him an opportunity to observe modern culture as a journalist. He published his first book, The Aesthetics of Thomas Aquinas, in 1956 and began lecturing at the University of Turin. Following a brief period of military service, when he pursued further studies in medieval philosophy and aesthetics, he published a second book, Art and Beauty in the Middle Ages, which established him as a leading medieval scholar. After losing his job, Eco became an editor for Casa Editrice Bompiani, a prominent publisher in Milan, and began writing a monthly column of parodies for an avant-garde magazine. In 1962 he published The Open Work, which outlined his developing view that because modern art is ambiguous and open to many interpretations, the reader's responses and interpretations are an essential part of any text.

Throughout the 1960s, Eco's academic work began to focus on semiotics, a discipline which holds that all intellectual and cultural activity can be interpreted as systems of signs. He also continued to write for a wide variety of scholarly and popular publications and taught at universities in Florence and Milan while broadening his interests to include the semiotic analysis of non-literary forms such as architecture, movies, and comic books. In 1971 he became the first professor of semiotics at Europe's oldest university, the University of Bologna, and in 1974 he organized the first congress of the International Association for Semiotic Studies. At this meeting he summarized his view that semiotics was a "scientific attitude" that he had begun to use in examining subjects as diverse as James Bond, the literature of James Joyce, and revolutionary comic books from China. In 1976 he published a systematic examination of his views in A Theory of Semiotics.

In 1978, however, Eco's career took a dramatic new turn. At a friend's invitation, he decided to write a detective story. He also decided to make it a demonstration of his own literary theories of an "open text" that would provide the reader with almost infinite possibilities for interpretation in the signs and clues the protagonist must decode in order to solve a mystery. Set in a fourteenth-century monastery, The Name of the Rose is the story of a monk who tries to solve Page 129  |  Top of Article 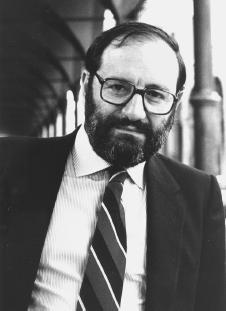 several murders while struggling to defend his quest for the truth against church officials. A main theme of the novel is Eco's own love of books, and the solution to the murders ultimately lies in coded manuscripts and secret clues in the abbey's library. Dense with learned references and untranslated Latin, it is both an exhaustively detailed murder mystery and Eco's semiotic metaphor for the reader's own quest to derive meaning on many levels from the signs in a work of art. Its publishers expected to sell no more than 30,000 copies, but the novel became an international bestseller. In 1986 it was made into a film starring Sean Connery and Christian Slater.

Eco's second novel, Foucault's Pendulum, is an even more ambitious attempt to incorporate Eco's ideas of the limits of interpretation into a mystery story. Three editors who work for a seedy publisher in contemporary Milan concoct a fake conspiracy theory that the medieval Knights Templar had devised a plan for harnessing all the energy in the universe. With the aid of a computer, they invent an elaborate web of links between the Templars and numerous other figures and events, gradually reinterpreting all of history. Eventually, the editors begin to believe their own fabrications, in the end becoming the victims of their own imagined conspiracy. Published in 1988, this book also became a bestseller, although critical reception was mixed. Clyde Haberman, writing in the New York Times, called it "a kitchen sink of scholarship," while Salmon Rushdie in The Observer called it "mind-numbingly full of gobbledygook of all sorts." The Vatican's official newspaper denounced it for its "vulgarities," and the Pope condemned Eco as "the mystifier deluxe."

In 1994 Eco published The Island of the Day Before, which pays homage to Robinson Crusoe. It is the story of a seventeenth-century Italian castaway, marooned on a ship in the South Pacific, who recalls fragments of his past as he explores the deserted vessel. That same year he also published The Search for the Perfect Language, an account of historical attempts to reconstruct a primal language, and Role of the Reader: Explorations in the Semiotics of Texts, in which he describes the "model reader" as "one who plays your game" and accepts the challenge of interpreting complex ideas. In an interview with the Washington Post, Eco declared that he considered it a compliment for his work to be described as difficult: "Only publishers and television people believe that people crave easy experiences."

In recent years Eco has become increasingly involved in debates of how electronic media and computer technologies will affect culture and society. At the International Center for Semiotic and Cognitive Science in San Marino in 1994, he organized a seminar on the future of the book that attracted hypermedia experts from around the world. His own observations on the Internet, virtual reality, and hypertext have appeared in Encyclomedia, a CD-ROM history of philosophy that he helped to develop. Recently he has become involved with the Multimedia Arcade, a complex in Bologna offering Internet access, a computer training center, and a public multimedia library.

Eco believes that although the Internet and CD-ROMs will change the way we read and write, the fundamental problem posed by the new media is the sheer volume of unfiltered information. Broadcasting live over the Internet at Columbia University in 1996, he outlined a hope that computer technology will make possible hypertexts which are unlimited and infinite. "We are marching toward a more liberated society in which free creativity will co-exist with textual interpretation," he said, but we will need a "new form of critical competence … "a new kind of educational training, a new wisdom" to cope with the sheer quantity of information.

In spite of advances in hypertext and other means of recombining information electronically, he is optimistic that books as we know them will remain the fundamental currency of language. Writing in The Nation, he asserted that "books still represent the most economical, flexible, wash-and-wear way to transport information at very low cost." Books will remain essential not only for literature but for "any circumstance in which one needs to read carefully, not only to receive information but also to speculate and reflect about it." In his opinion, a device which allows us to invent new texts has nothing to do with our ability to interpret pre-existing texts.

Eco is an avid book collector who has apartments in Milan, Bologna, and Paris, as well as a summer home near Rimini. In addition to running the Program for Communication Sciences at the University of Bologna, he travels frequently to speak and teach. He continues to publish scholarly treatises, which number almost two dozen, and to Page 130  |  Top of Article contribute to several foreign and Italian newspapers. He also edits a weekly column for the magazine L'Espresso.