Largely known for her work with skin pigment, or melanin, cell biologist and cell physiologist Jewel Plummer Cobb (born 1924) has encouraged women and ethnic minorities to enter the sciences. An educator and researcher, she contributed to the field of chemotherapy with her research on how drugs affected cancer cells.

Followed the Path of Science

Cobb was born in Chicago, Illinois, on January 17, 1924, and spent her childhood as an only child. She is from the third generation of the Plummer family who sought a career in medical science. Her grandfather, a freed slave, graduated from Howard University in 1898 and became a pharmacist. Her father, Frank V. Plummer, became a physician after he graduated from Cornell University, where he helped found the Alpha Phi Alpha Fraternity. Her mother, Carriebel (Cole) Plummer, taught dance and was a physical education teacher.

Becoming a noted cell biologist was a difficult road for Cobb. Because she was African American, she faced segregation during the course of her education. Although she came from an upper-middle-class background, Cobb found that she had to go to black Chicago public schools. Cobb was in constant contact with African American professionals and was well aware of their accomplishments. She decided not to let anything stand in the way of her own success.

Supplementing her education with books from her father's library, Cobb had access to scientific journals and magazines, current event periodicals, and materials on successful African Americans. Although Cobb was at first interested in becoming a physical education teacher like her mother and aunt, she found that she was interested in biology when, in her sophomore year in high school, she studied 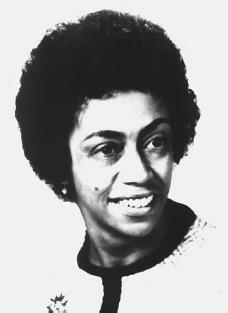 cells through a microscope. An honors student, Cobb showed academic promise. She had a solid education and a drive to learn.

When it came time to enroll in college, Cobb selected the University of Michigan. Due to the segregation of the dormitories at the university, all African Americans, regardless of their year of study, were forced to live in one house. In disgust at the racism still found there, Cobb left the University of Michigan after three semesters and earned her B.A. in biology from traditionally black Talladega College in Alabama.

Cobb applied for a teaching fellowship at New York University. Because of her race, she was at first turned down for the position. Cobb refused to accept the rejection and personally visited the college, which then accepted her because her credentials were so impressive. In 1945, Cobb started her career in teaching as a fellow there. In 1947, she earned an M.S. in cell physiology and in 1950 she earned a Ph.D. in cell physiology from New York University. Her dissertation was titled "Mechanisms of Pigment Formation."

Cobb was named an independent investigator for the Marine Biological Laboratory in 1949. She completed a postdoctoral fellowship at the Cancer Research Foundation of Harlem Hospital and at Columbia University College of Physicians and Surgeons.

Attracted by theoretical approaches to biology, Cobb entered the field of research. Understanding the processes of living cells was at the heart of her studies. In particular, she found that tissue cultures were an interesting area of research. Determining which cells grew outside the body led to her study with Dorothy Walker Jones that looked at how human cancer cells were affected by drugs.

After she earned her doctorate, Cobb became a fellow at the National Cancer Institute. From 1952 to 1954, she directed the Tissue Culture Laboratory at the University of Illinois. Cobb took to the university life and went on to work for New York University and Hunter College in New York. She stayed at New York University from 1956 to 1960 as an assistant professor in research surgery. In 1960 Cobb became a professor at Sarah Lawrence College, where she continued her research until 1969.

Focusing on skin pigment and how melanin can protect skin from ultraviolet damage, Cobb looked at skin cancers, or melanomas. She also studied the differences between normal and cancerous pigment cells. Her research looked at neoplastic pigment cells and their development as well as exploring how hormones, chemotherapeutic drugs, and other agents could cause changes in cell division. She experimented with comparisons between how chemotherapy drugs performed in cancer patients and how they performed in vitro, or in other words, in laboratory test tubes, flasks, and dishes.

From 1969 to 1976, Cobb became dean of Connecticut College in New London, where she taught zoology. From 1976 to 1981, Cobb was a professor of biological sciences at Douglass College, a women's college at Rutgers University. She also served as dean. As she moved into administrative positions, Cobb used her influence to further the educational facilities and opportunities for those interested in studying the sciences.

In 1981, Cobb became president of California State University, Fullerton. There she was able to get state funding for a new science building and a new engineering and computer science building. She also raised private funds to found a gerontology center in the Orange County community. On campus, she was responsible for having an apartment complex built that ended Fullerton's status as a commuter college. In 1990, Cobb became a trustee professor at California State University, Los Angeles.

As administrative duties consumed much of her time, Cobb found less time for research. But she worked to ensure that others would have opportunities to pursue studies in the sciences.

Cobb never forgot the years of frustration she faced discrimination when pursuing her education. To help pave the way for other minorities who wanted to enter the sciences, Cobb established a privately funded program for minority students in premedical and predental studies at Connecticut College. She was tireless in her efforts to extend opportunities to women as well.

In her quest for equal access to opportunity, both educational and professional, Cobb sought to increase diversity among faculty and students during her time at Fullerton. Also at Fullerton, Cobb started a president's opportunity program for minority students. She recognized a great difference between the number of blacks who pursued sports careers and the number of blacks who pursued research careers, so she set up teams of faculty members to tutor students on math skills. A solid foundation in math, Cobb believed, would help minorities prepare for a career in the sciences.

Cobb spent much of her time trying to start minorities on the path of science that she had followed. As a university trustee professor, Cobb worked with six colleges to find funding for minority grants and fellowships. When government funding for such programs was reduced, Cobb worked to find private funds to fill the void.

Education, according to Cobb, is a key factor in determining whether someone will be successful and independent or encounter failure and have to depend on welfare. She maintains that one of the best pathways to success is education, and it is the route she took to achieve her own personal accomplishments. She believes more minorities should have the chance to find their niche in society through education.

"There's been a deprivation of certain educational experiences that would give young people a proper boost and encouragement to study science [and technology]," Cobb told Black Enterprise. "I don't think there's anything wrong with [black children's abilities to learn.] It is a matter of being stimulated, having a curiosity about science early on, and developing the commitment and discipline to study."

In 1991, Cobb became principal investigator at Southern California Science and Engineering ACCESS Center and Network, which helps middle school and high school students from economically disadvantaged backgrounds pursue careers in engineering, mathematics, and the sciences. She continued to help in efforts to bring opportunities to minorities. In 2001, she was principal investigator for Science Technology Engineering Program (STEP) Up for Youth—ASCEND project at California State University, Los Angeles.

For her work helping minorities discover the rewards of a career in science, Cobb received the 1993 Lifetime Achievement Award. This was given by the National Academy of Science for her contributions to the advancement of women and underrepresented minorities. Her photograph hangs in the academy's hall reserved for distinguished scientists.

Memberships include Human Resource Commission, Sigma Xi, National Academy of Sciences (Institute of Medicine), and National Science Foundation. She was a fellow of National Cancer Institute and New York Academy of Science. She also served on Allied Corporation's board of directors. From 1972 to 1974, she was a member of the Tissue Culture Association of the Education Committee. She received research grants from the American Cancer Society from 1971 to 1973 and from 1969 to 1974. She also developed and directed a fifth-year postbaccalaureate pre-medical program.

Since 1972, Cobb has been a member of the Marine Biological Laboratory. Since 1973, she has been on the Board of Trustees for the Institute of Education Management. After Cobb retired, Fullerton named her named president and professor of biological science, emerita.

Cobb is the author of many publications, including articles, books, and scholarly reports. She is a recipient of the Achievement in Excellence Award from the Center for Excellence in Education and the Reginald Wilson Award from the American Council on Education, Office of Minorities in Higher Education.

Cobb's struggles as an African American female left her with the conviction that racism and sexism were challenges that made it tougher for those like her to succeed. But, once she succeeded, she was determined to share her success with others.