1915-
American psychologist and educator whose principal areas of study are in the fields of cognitive psychology and language development.

Jerome S. Bruner was born in New York City and educated at Duke University. During World War II, Bruner worked on the subject of propaganda and popular attitudes for U.S. Army intelligence at General Dwight D. Eisenhower's headquarters in France. He obtained his Ph.D. from Harvard University in 1947, after which he became a member of the faculty, serving as professor of psychology, as well as cofounder and director of the Center for Cognitive Studies. In 1972 Bruner left Harvard to teach for several years at Oxford University. He returned to Harvard as a visiting professor in 1979 and two years later joined the faculty of the new School for Social Research in New York City. Bruner's early work in cognitive psychology focused on the sequences of decisions made by subjects as part of their problem-solving strategies in experimental situations.

Beginning in the 1940s, Bruner, together with his colleague Leo Postman, did important work on the ways in which needs, motivations, and expectations (or "mental sets") affect perception. Their approach, sometimes referred to as the "New Look," contrasted a functional perspective with the prevailing "formal" one that treated perception as a self-sufficient process to be considered separately from the world around it. When Bruner and Postman showed young children toys and plain blocks of equal height, the children, expecting toys to be larger than blocks, thought the toys were taller. The toys also seemed to increase in size when the researchers made them unavailable. In further experiments involving mental sets, the two scientists used an instrument called a tachistoscope to show their subjects brief views of playing cards, including some nonstandard cards, such as a red ace of 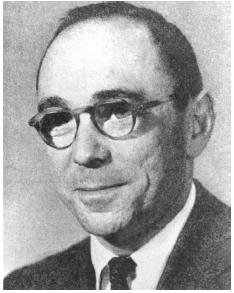 Jerome S. Bruner (Archives of the History of American Psychology. Reproduced with permission.)

spades. As long as the subjects were not alerted to the presence of the abnormal cards, almost none saw them.

Bruner's work in cognitive psychology led to an interest in the cognitive development of children and related issues of education, and in the 1960s he developed a theory of cognitive growth. Bruner's theories, which approach development from a different angle than those of Jean Piaget, focus on the environmental and experiential factors influencing each individual's specific development pattern. His argument that human intellectual ability develops in stages from infancy to adulthood through step-by-step progress in how the mind is used has influenced experimental psychologists and educators throughout the world. Bruner is particularly interested in language and other representations of human thought. In one of his best-known papers, Bruner defines three modes of representing, or "symbolizing," human thought. The enactive mode involves human motor capacities and includes activities such as using tools. The iconic mode pertains to sensory capacities. Finally, the symbolic mode involves reasoning, and is exemplified by language, which plays a central role in Bruner's theories of cognition and development. He has called it "a means, not only for representing experience, but also for transforming it."

Bruner's view that the student should become an active participant in the educational process has been widely accepted. In The Process of Education (1960) he asserts that, given the appropriate teaching method, every child can successfully study any subject at any stage of his or her intellectual development. Bruner's later work involves the study of the pre-speech developmental processes and linguistic communication skills in children. The Relevance of Education (1971) applied his theories to infant development. Bruner was appointed a visiting member of the Institute for Advanced Study at Princeton University. In 1963, he received the Distinguished Scientific Award from the American Psychological Association, and in 1965 he served as its president. Bruner's expertise in the field of education led to his appointment to the President's Advisory Panel of Education, and he has also advised agencies of the United Nations. Bruner's books include A Study of Thinking (1956), On Knowing: Essays For the Left Hand (1962), On Knowing (1964), Toward a Theory of Instruction (1966), Processes of Cognitive Growth (1968), Beyond the Information Given (1973), and Child's Talk (1983).