The Canadian medical scientist Frederick Banting was codiscoverer of insulin, a hormone that regulates the sugar in the blood and helps in the treatment of diabetes (a disorder that causes the body to have difficulty maintaining a healthy blood sugar level). Because of this discovery, Banting became the first Canadian to be awarded the Nobel Prize.

Frederick Grant Banting was born in Alliston, Ontario, Canada, on November 14, 1891, to William Thompson Banting, a well-established farmer, and Margaret Grant Banting, who had moved to Canada from Ireland. The youngest of five children, Banting attended the local elementary schools before enrolling at the University of Toronto in 1911 in an arts course leading to theology (the study of religion).He decided, however, that he wanted to be a doctor, and in 1912 he registered as a medical student.

With World War I (1914–18, a war in which German-led forces fought for European control) under way, Banting left college in 1915 to join the medical corps as a private (the lowest military rank). Doctors were urgently needed, however, and he was sent back to finish his studies, graduating in 1916. Banting was commissioned (made an officer) in the Royal Canadian Army Medical Corps and left for England, where he received exceptional surgical experience in several army hospitals.

In 1920 Banting moved to London, Ontario, and opened a medical office. One evening he read an article dealing with new discoveries in fighting diabetes, a blood disorder. Banting's interest in diabetes stemmed from his school days when a classmate had died because of the disorder. This event affected him deeply, and now his mind eagerly looked for possibilities worthy of investigation.

Initiation of the insulin work

In 1920 Banting went to Toronto for an interview with the professor of physiology (the study of life systems) Dr. J. J. R. Macleod (1876–1902). Banting described his ideas and his desire to investigate the fluids released by the pancreas, a gland located near the stomach. He begged for an opportunity to try out his theories in the laboratory, but Macleod refused, for he knew that Banting had no training in research. Banting returned to Toronto several times to try to persuade Macleod. Finally, impressed by his enthusiasm and determination, Macleod promised Banting the use of the laboratory for eight weeks during the summer. Macleod knew that if Banting was to have any success, someone who knew the latest chemical techniques would have to work with him. Charles Best (1899–1978), completing courses in physiology and biochemistry (the study of biological processes), had been working on a problem related to diabetes in Macleod's department. Banting and Best met and decided that work would begin on May 17, 1921, the day following Best's final examination. 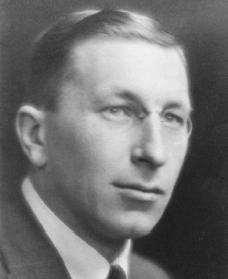 Frederick Banting. pancreatic secretions were not successful. The observations were repeated time and again until, finally, there was convincing evidence that the fluids taken from the pancreas secretions did produce the dramatic effect that was being sought in animals lacking a pancreas.

As the material was extracted from the microscopic islands of Langerhans (cells of the pancreas, different from the majority, which are grouped together in tissue named after Paul Langerhans [1847–1888], the German physician who discovered them), it was called "isletin." Later the name was changed to "insulin," meaning island. Again and again Page 170  |  Top of Article the same successful results were obtained, and when Macleod returned to Toronto at the end of the summer, he was finally convinced that Banting and Best had captured the correct hormone (a substance produced by an organ) to prove Banting's theory.

On November 14, 1921, Banting and Best presented their findings before the Physiological Journal Club of the University of Toronto, and later that month a paper entitled "The Internal Secretion of the Pancreas" was submitted for publication in the Journal of Laboratory and Clinical Medicine. News of the discovery brought scientists from many parts of the world, as well as diabetics and their families, to Toronto.

Nobel Prize and other honors

In 1923 Banting received the Nobel Prize in Physiology or Medicine jointly with Macleod. With characteristic generosity he divided his share with Best. That year the university established the Banting and Best Department of Medical Research with a special grant from the Ontario Legislature. In 1934 Banting was made a knight commander of the British Empire and the following year was elected a fellow (associate) of the Royal Society of London.

Banting was killed in a plane crash on the coast of Newfoundland on February 21, 1941, while on a war mission to England. Because of his research and advancements, Banting has improved the lives of diabetics around the world.