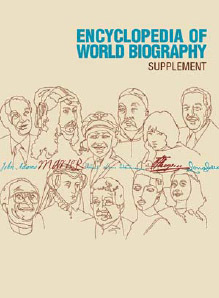 The German physician, medical researcher, and social activist Rudolf Virchow (1821–1902) was a pioneer of medicine who named and first accurately described leukemia and the role of cellular change in disease.

Beyond his often-quoted aphorism (as it appears, for instance, in the Journal of Epidemiology and Community Health) that “medicine is a social science, and politics is nothing but medicine at a larger scale”), Virchow was little-known for many years after his death in 1902. Even a discovery as major as his identification of leukemia was first mentioned in The New York Times only in 1970. Yet Virchow was an immensely influential figure in nineteenth-century Germany. Beyond his medical discoveries, he made important contributions to early anthropology, and he was significant for his insistence on what has been called social medicine—on the links between medicine and social and political practices. Virchow was one of the Prussian state's prominent political liberals, and he flourished and became famous despite frequent clashes, including an aborted duel, with its authoritarian leaders. 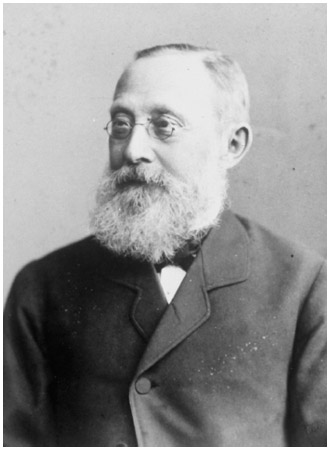 Rudolf Ludwig Karl Virchow was born in the small town of Schivelbein in the Pomerania region of eastern Prussia (now Swidwin, Poland), on October 13, 1821. The name Virchow in German is pronounced VEER-hoff, with the “h” as in “huge.” His father was a small shopkeeper, and he normally would have had few chances at higher education. However, after he showed signs of unusual intelligence and scientific curiosity, several local religious figures agreed to teach him ancient Greek, Latin, and French. With these skills Virchow was able to enter a Gymnasium, or classical high school, in the larger city of Köslin (now Koszalin, Poland); this prepared him for further study. Virchow passed his Abitur, or high school comprehensive exam, in 1839.

Rejecting a career in the ministry because he thought his voice was too quiet (although he later held forth in large lecture halls without trouble), Virchow earned a scholarship to Berlin's Friedrich Wilhelm Institute that allowed him to study to become an army physician in exchange for serving in the Prussian military himself. Virchow would later call for the institute's abolition on the grounds that it was too old-fashioned, but he did encounter faculty members there who favored modern experimental approaches over older methods that attempted to ascribe disease to imbalances in bodily fluids or “humors.” After defending his dissertation on rheumatic diseases in 1843, Virchow was hired as a surgeon at Berlin's Charité Hospital the following year.

The year 1845 brought several landmarks in Virchow's young career. In a widely read paper about thrombosis (blood clots) he identified a case of what is now leukemia. And he gave two well-attended lectures at the Friedrich Wilhelm Institute, arguing that medicine should be grounded in clinical observations, examination (including microscopic examination) of human anatomy, and experiments on animals. These ideas were somewhat novel at the time, and older physicians resisted Virchow's ideas. But after he completed his military service in 1847, his Habilitationsschrift (a thesis qualifying the writer to teach in the Prussian university system) was accepted, and he began teaching at the University of Berlin. Dissatisfied with existing medical journals, he formed one of his own, the Archives of Pathological Anatomy and Physiology and of Clinical Medicine, serving as its editor for the rest of his life. Soon the journal was known simply as Virchow's Archive.

One of the most important formative experiences of Virchow's life occurred in 1848, when he went to the heavily Polish Upper Silesia region on a Prussian government assignment to investigate a typhus outbreak there. He realized that the outbreak was related to the dire poverty of the region's Polish population. Convinced that the usual recommendations urging humanitarian measures were insufficient, he issued a blistering report calling for major political and educational reforms in the region. Radicalized, Virchow manned barricades in Berlin during the Revolution of 1848 and formulated one of the revolutionaries' demands, establishment of a government health ministry.

After the revolution's failure, Virchow was fired from his position at Chariteé Hospital, but his colleagues and students demanded his reinstatement. After two weeks he was rehired with restrictions. In 1849 Virchow moved to the University of Wuürzburg, where he became the school' first chair of pathological anatomy. Steering clear of politics temporarily, he devoted himself to building the university's status as a center for medical education, and to his own research. He began a six-volume medical textbook, Handbook of Special Pathology and Therapeutics, that remained in use in Germany for several decades. It was during this period that Virchow formulated his groundbreaking theories about the role of human cells in disease.

In 1856 Virchow returned to the University of Berlin; his appointment was still controversial, but the Prussian king, convinced of his brilliance, told the school' faculty to ignore his political views. Virchow plunged back into politics, running for and winning a seat on the Berlin City Council, an ideal forum for his advocacy of public health reforms. He oversaw the construction of two public hospitals in Berlin. In 1861 Virchow was elected to the Prussian Diet, or parliament, as a member of the German Progressive Party, which he had helped to found.

May Have Fought “Sausage Duel”

There, Virchow campaigned against the large military budgets championed by Prussia's conservative president, Otto von Bismarck. The German leader was sufficiently annoyed by Virchow's activities that he challenged Virchow to a duel. What happened next remains under dispute, but many accounts at the time as well as in modern scientific literature, state that Virchow, as the challenged party with the right to pick the weapons for the duel, chose two pork sausages, one loaded with deadly trichinella larvae, whereupon Bismarck called off the duel. Other accounts stated that Virchow himself simply declined the duel on the grounds that dueling was a barbaric and outmoded custom. From 1880 to 1893 Virchow served in the Reichstag legislature of the newly united Germany.

Virchow's insight that disease proceeds from anatomical changes, specifically changes in cells, was fundamental to medicine as it has been practiced since his time. He also made advances in other fields, most notably anthropology. In 1869 he co-founded the German Anthropological Society, and he also co-founded the Berlin Ethnological Museum (1886) and the Museum of German Folklore (1888). Virchow studied human skulls closely, concluding that there was no such thing as a pure German race—Germans, like other peoples, were a mixture of many backgrounds. His writings were later used, however, in arguments against race-mixing by proponents of the idea of Germanic racial superiority. Virchow was a key contributor to modern methods of conducting autopsies, arguing that the entire body should be examined systematically.

In addition, Virchow coined the term “zoonosis” to describe the transmission of disease from animals to humans, a field of study that has taken on great importance in contemporary epidemiology. He is regarded as the founder of the field of comparative pathology. Virchow also made important contributions to the general study of diseases caused by parasites. He was far from infallible, however; one of his most serious errors was his rejection of French scientist Louis Pasteur's germ theory of disease, which was rapidly gaining currency in the late nineteenth century. Virchow believed that diseases resulted from cellular disorders, not from the introduction of outside organisms into the body.

Virchow married Rose Mayer in 1850, and the couple raised six children. Inexhaustibly curious, he became interested in archaeology in old age, traveling to site of the ancient city of Troy (now Hisarlik Turkey), to Egypt, and to the Caucasus region on excavation expeditions. Virchow's 80th birthday in 1901 was widely celebrated both in Germany and abroad, for by that time he was regarded as a giant of German science. He remained in perfect health for much of his life, but early the following year he jumped from a moving streetcar and broke his hip. Weakened by a long period of convalescence, he died in Berlin on September 5, 1902.

World of Anatomy and Physiology, Gale, 2006.

Journal of Epidemiology and Community Health, 2009.