Through meticulous observation of the natural world and exhaustive research, writing, and lecturing, Louis Agassiz established himself as the major opponent to CHARLES ROBERT DARWIN in the debate over the origins of natural history in the mid-1800s. Agassiz's belief in the Platonic notion that behind visible reality resides an unseen reality that controls the world challenged Darwin's evolutionary model for the origin of the universe. Agassiz first proved himself in Europe as one of the foremost ichthyologists of his time, before focusing his attention on glaciers and introducing the idea of the Ice Age, a period when ice sheets covered most of the Northern Hemisphere. In 1846 he accepted an invitation to lecture in the United States, and he remained in the country for the rest of his life, contributing to science education by introducing new pedagogical practices and instituting new learning facilities.

Agassiz was born on May 28, 1807, in Moutier-en-Vuly, Switzerland, a village on Lake Morat. His resistance to evolutionary theories probably traced back to the influence of his mother, Rose Mayor Agassiz, and his father, Rodolphe, a Protestant pastor. Agassiz married twice: first, in 1832 to Cécile Braun, who had three children before Page 5  |  Top of Articleher death in 1847; second, to Elizabeth Cabot Cary, the first president of Radcliffe College, Harvard University's extension devoted to women's education. 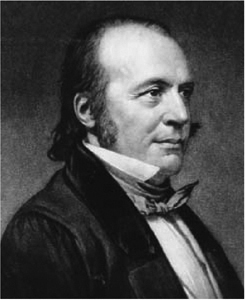 Louis Agassiz, who in 1840 introduced the idea of the Ice Age Smith Collection, Rare Book & Manuscript Library, University of Pennsylvania

Agassiz studied at the Universities of Zurich, Heidelberg, and Munich; he earned his Ph.D. from the Universities of Munich and Erlangen in 1829 and his M.D. from the University of Munich in 1830. He then migrated to Paris, where he studied under Baron GEORGES CUVIER and Baron ALEXANDER VON HUMBOLDT between 1830 and 1832. Cuvier secured his pupil a position under C. F. P. von Martius and J. B. von Spix, cataloging the fish they had taken back to Paris from Brazil, a project that Agassiz took over in 1826. He published the results in the 1829 text Selecta Genera et Species Piscium.