John James Audubon's paintings and drawings of North American birds captured the popular imagination of his time, fostering interest in nature and its inhabitants for years. Though Audubon would not qualify as a hard scientist, he did more for the understanding of ornithology than many of the field's purists by making it possible for the common person to appreciate birds and their natural surroundings.

Audubon was born Fougère Rabin, or Jean Rabin, in Les Cayes, Saint-Domingue, West Indies (now Haiti), on April 26, 1785, to the French sea captain Jean Audubon and his mistress, Jeanne Rabin. He was baptized Jean-Jacques Fougère Audubon upon his return to France. Anne Moynet, Jean Audubon's wife, graciously adopted her husband's illegitimate offspring in 1794, and in 1803 the younger Audubon was sent to one of his father's American farms, in Pennsylvania, where he first developed his interest in observing and drawing birds. In 1808 he married Lucy Bakewell, though he committed himself more devoutly to his vocation of bird painting, leaving his wife to fend for herself as a governess while raising their two sons, Victor and John. 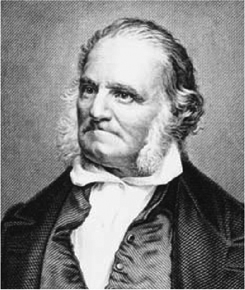 Having little formal education, Audubon taught himself all he knew about science and painting. The dubious claim that he briefly studied painting under Jacques Louis David in Paris would amount to his only formal training, if it is true. Audubon compensated for his lack of credentials with unflagging energy and confidence in his own powers of observation. In Pennsylvania he tied colored string around phoebes, plain grayish brown and white flycatchers found in the eastern United States, to mark them, antedating the practice of banding birds for tracking purposes by more than half a century. In 1910 he briefly met the preeminent ornithological artist Alexander Page 30  |  Top of ArticleWilson; viewing the first two volumes of Wilson's nine-volume American Ornithology convinced Audubon of his own superior artistic skills. He reached the height of these skills between 1821 and 1824, painting birds in Louisiana and Mississippi.

After attempting unsuccessfully to find a publisher for his paintings in Philadelphia and New York, Audubon found more favor in London, where the engraver Robert Havell published the four-volume series The Birds of America, containing 435 aquatint copperplates of Audubon's ornithological art, between 1827 and 1838. Because of Audubon's limited writing and descriptive skills, William MacGillivray wrote a five-volume accompaniment to Birds, Ornithological Biography, published between 1831 and 1839. A Synopsis of the Birds of North America, published in 1839, acted as a one-volume index. Audubon continued to conduct fieldwork, traveling through the mid-Atlantic states in 1829; through the Southeast from 1831 to 1832; to Labrador, Canada, in 1833; as far west as Galveston, Texas, in 1837; and as far north as Fort Union in what would become North Dakota in 1843. He collected information on birds as well as on mammals; that formed the basis for the book Viviparous Quadrupeds of North America, a three-volume text published between 1845 and 1848. The naturalist John Bachman cowrote the text, and Audubon's sons, Victor and John, assisted in the project.

The Royal Society of London elected Audubon as a member, legitimizing his status as a scientist. His paintings, however, revealed multiple technical mistakes, as well as a tendency to anthropomorphize birds' faces. These errors were nevertheless invisible to all, save ornithologists, and his work was accurate enough to allow nonspecialists to appreciate the grace and beauty of birds. Audubon died on January 27, 1851, in New York City.