Helen Brooke Taussig helped to pioneer a new surgical procedure diverting a major heart artery to the lungs to oxygenate the blood of cyanotic children, or blue babies, whose color resulted from a hereditary cardiac defect. In 1944, Taussig collaborated with surgeon Dr. Alfred Blalock and surgical technician Vivien T. Thomas to perform the first Blalock-Taussig shunt, a surgical procedure that subsequently saved tens of thousands of children's lives around the world. Taussig is considered the founder of pediatric cardiology, or the study of children's heart diseases.

Taussig was born on May 24, 1898, in Cambridge, Massachusetts. She hailed from an academic family: Her father, a Harvard professor, is considered the father of modern economics, and her grandfather was a Civil War doctor. Her mother died of tuberculosis when Taussig was 11 years old. In addition to suffering this grief, Taussig contended with dyslexia, a condition that was not yet recognized by doctors. She studied at Radcliffe College for two years before transferring to the University of California, graduating in 1921.

After Harvard Medical School reiterated to Taussig its policy excluding women, she enrolled in anatomy courses at Boston University. Her professor, Dr. Alexander Begg, strongly recommended her at Johns Hopkins University School of Medicine, which had recently decided to admit women. She matriculated there in 1923, specializing in cardiology, and received her M.D. in 1927.

A mere three years later, in 1930, Dr. Edwards A. Park appointed Taussig as a pediatrics professor and head of the Johns Hopkins Pediatric Cardiac Clinic. She focused her research on how cardiac diseases, especially congenital (or inherited) conditions, manifested themselves in the heart. The regularity of incidence of heart defects in children at her clinic distressed Taussig, and she determined to find solutions to these problems that claimed such young lives on a regular basis. She came to realize the cause of blue-baby syndrome, or tetralogy of Fallot—insufficient blood flow through the lungs, where oxygenation occurs.

In 1943, a surgical solution to this problem occurred to Taussig during a conversation with Park and Blalock: join the subclavian artery into the pulmonary artery in order to feed blood from the heart into the oxygen-rich lungs. On November 29, 1944, Drs. Taussig and Blalock performed the first surgical procedure that bore their names, the Blalock-Taussig shunt, at the Johns Hopkins Hospital on a frail cyanotic child who survived several months, long enough to confirm the success of the operation.

Taussig and Blalock coauthored a paper published in the Journal of the American Medical Association in 1945 chronicling the first three operations incorporating their shunt. In 1947, Taussig published a comprehensive textbook, Congenital Malformations of the Heart. Pediatric surgeons from around the globe read this paper and the textbook and consulted Taussig and Blalock personally. Their anastomosis (or arterial joining) procedure was subsequently performed worldwide, saving tens of thousands of cyanotic children. One European family learned of the procedure from an American newspaper wrapped around a mailed package.

Taussig made other significant contributions to medicine. In the 1960s, she traveled throughout Europe to observe babies suffering from phocomelia, or malformation of the limbs. She traced the cause to thalidomide and warned pregnant women against taking this sleeping pill. Later in her career, she continued to practice medicine even after losing her hearing unexpectedly—she used her hands to “listen” to her patients.

For her lifesaving work, Taussig received international recognition: the French Chevalier Légion d'Honneur, the Italian Feltrinelli Prize, the Peruvian Presidential Medal of Honor, and the Albert Lasker Medical Research Award. In September 1964, President Lyndon B. Johnson awarded her the U.S. Medal of Freedom. A year later, the American Heart Association elected her as its first woman president. She received honorary doctorates from 17 international institutions, most notably Harvard University, which had denied her access to a doctoral degree as a student. On May 20, 1986, Taussig was involved in a fatal car accident. Johns Hopkins honored her by naming her former workplace the Helen B. Taussig Children's Heart Center. 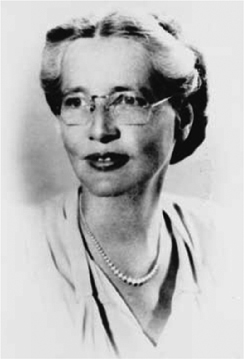 Helen Brooke Taussig, who helped to pioneer a new surgical procedure to divert a major heart artery to the lungs to help oxygenate the blood of so-called blue babies, whose color results from a hereditary heart defect National Library of Medicine, National Institutes of Health