The energy from the sun can be used in wide range of applications as they are limitless and widely available. But this energy is not always consistent as they are time dependent. The peak solar radiation always occurs at peak timings mainly during the noon time but the heating demand always arises during the early mornings and late evenings. Due to their intermittent characteristics in nature, this sensible form of energy can be stored using various storage reservoirs. These reservoirs acts as a bridge to fill the gap between any energy loss or shortage and the required energy. This experiment result shows that using the Phase Change Material (PCM), the cooling rate of water during the evening hour's decreases and there is an increase in efficiency and the heat storage capacity.

The energy used in today's world mainly include conventional and non-conventional sources. Since the conventional sources of energy provide more efficient energy, their overuse have created depletion of resources from the earth crust. Non-conventional sources due to their wide availability are therefore used in day to day times. Solar energy is one of the sources that are used widely for domestic applications such as cooking food, distilating water and even for water heating applications. According to the survey conducted by the World Energy Council (2007) and the Energy Saving Trust (2005), the use for solar water heating devices had reached to 105 Giga Watt Thermal (GWTh) and the reduction in electrical energy cost was minimised as they play a major role in the environmental impact by reducing C[O.sub.2] emissions about 0.4- 0.75 tons a year [1]. But due to their certain time dependent characteristics of solar radiation and unsteady condition, the wide use of this solar energy lead to the availability and reliable use of many energy storage devices. In traditional times, solar thermal energy was stored in the form of sensible heat by increasing the temperature of water or rocks for later use [2]. But due to their inefficient storage capabilities, their storage capacities were limited. The main drawback on solar water heating systems is that they have great thermal losses during the night and cold season. Based on these reasons, the solar thermal energy can be stored in another form of energy known as latent heat by using certain specific materials such as Phase Change Materials (PCM's) which can offer high storage capacity per unit volume and per unit mass [3]. PCMs are generally a group of substances that absorb large amounts of heat and releases them, thus maintaining the environmental conditions. By installing PCM as the storage material in the water storage tank, the maximum temperature of the hot water is controlled and the capacity for storing more heat is increased. In addition to the storage capability of the PCM, the temperature of the water in the solar water tank should be at maximum possible level [4]. Encapsulating PCM's are a must as they provide larger heat transfer area, controls the volumetric changes when the expansion takes place and reduces their reactivity to the outer environment [5]. Paraffin was chosen as the PCM due to certain properties such as low cost, congruent melting temperatures, high latent heat storage capacity and also have a phase change temperature of about 56 [degrees]C [6]. Other inorganic compounds such as salt hydrates which are non-ignitable and chemically stable can be used as PCM's. But, when compared to their behaviour with that of Paraffin, the latter is more suitable for domestic applications. Over a past few years, there has been a major experiments conducted on based on the advancements for these type of heating systems. Mehling et al. [7] had applied PCM modules to the upper layers of the water storage tank in the shape of cylindrical reservoirs in order to increase the hot water provision period and also investigated the specific role of the phase change materials in the water storage tank. Tay et al. [8] had developed and experimented the characteristics of a tube in tube tank based on e-NTU which showed the heat exchange effectiveness between the heat transfer fluid and the phase change front. Wang et al. [9] developed a solar water heater with organic solar thermal energy storage material which was able to harness the solar energy and convert them to stored thermal energy during the phase change. Zang [10] had experimented his study on the thermal performance of micro encapsulated phase change material placing it in a rectangular shaped box which resulted in a positive effect on natural convection of heat transfer. Canbazoglu et al. [11] experimented the solar thermal energy storage with sodium thiosulphate pentahydrate as the phase change material which resulted in the accumulation of total heat and production of hot water up to 2.59-3.45 times than a normal conventional solar water heating system. Another study based on numerical analysis for solar water heating systems was carried out by Talmatsy [12], in which he stated that, adding the PCM in the hot storage water tank does not show a much positive reading on the commercial based application systems as the PCM stores less heat than the energy required to maintain the water temperature during the night. With the statement said by Talmatsy, Kousksou [13] had also conducted numerical analysis proving Talmatsy's point of view which resulted that the efficiency of the SWH not only depends on the melting of Phase Change Material but also we have to consider the layout of the heat storage material. Another investigation on the energy storage density for each number of modules was carried out by Cebeza et al. [14] on the effect of sodium acetate trihydrate with graphite in the shape of cylindrical capsules on the water temperature in the solar water heater. Farid et al. investigated the characteristics and capabilities of paraffin wax for various thermal applications and stated that it was most suitable to use them as Phase Change Material.

The experimental setup consists of a cylindrical water tank within which it holds a container that is filled with the phase change material, a solar collector plate and the collector tubes through which the heat transfer fluid passes. The water tank has a storing capacity to store 50 litres of water which is capable of supplying water for a family of 4 members.

The setup consists of a flat plate collector box of 1.10 m x 0.7 m x 0.038 m though which 6 copper tubes of passes placed at north-south direction with a tilt angle of 35[degrees] based on the geometrical location of Chennai, Tamil Nadu. The collector box is covered with a single glass cover of 0.004m and the absorber tubes are painted black in order to provide maximum heat absorptivity. The storage tank is made up of galvanized iron sheet of 0.001 m thick and is insulated with 0.002 m thick foam tape of very less porosity which acts as a best insulator. The temperature measurement system included implementation of 6 K-type thermocouples with an accuracy of [+ or -]1[degrees]C having a range of 0-150[degrees]C: Two situated on far opposite end sides of the water storage tank, one at the inlet side and the other situated at the outlet of the water storage tank. One thermocouple placed at the center portion of the PCM box, the other placed on the absorber copper coil and the last placed on the glass cover. All these thermocouples where in-turn connected to a digital temperature indicator. The solar radiation was measured using pyranometer. The experiments were conducted during the period from 2nd - 20th March 2016 at the campus of Hindustan University, Chennai. Comparison was made between readings taken using with and without PCM.

A. Properties of the PCM used in SWH:

The solar water heater works on thermosiphon principle in which during the heat absorption process, by convection, the heated liquid is moved in the system and is simultaneously replaced by cooler liquid which returns by gravitational force. In order for the thermosiphon principle to take place the liquid should have a very little hydraulic resistance. The relative height that separates the tank and the collector influences the thermosiphon principle. The solar collector heats the water in the riser tubes which in turn rises to heat the water in the storage tank whereas the denser cold water flows down. 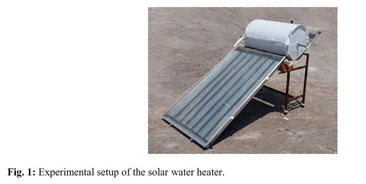 Figure 5 shows the variation of water temperature in the water storage tank in the both cases where the PCM is used and also not used. It's been found that the temperature of the water will be maintained hot even a longer time when used with PCM, as they releases the heat stored within them to the surrounding water during the discharging process which is what actually is required.

Figure 6 shows the variation of graphs in the two cases where the PCM is used and not used. It is found that the energy stored by the PCM is more than compared to the case where it's not used.

Figure 7 shows the variation of graphs with respect to the energy stored at the both cases where PCM is used and not used. It's been found that during the discharging process, the energy liberated is more in the case where PCM is not used rather when it is used. It can be also said that, the cooling rate of water is less when the PCM is used compared when it is not used.

Solar water heating systems always play an important role worldwide providing sustainable energy management. Thus, the main objective of this experimentation was to find out how to improve the performance of solar water heating systems by applying heat storing materials. It was found that there was a good improvement upon using paraffin wax as the phase change material which acted as the heat storage medium. The study resulted in the reduction in the cooling rate of water during evening hours and increase in overall performance of the SWH with the existence of phase change material.

In future stage, it's been planned to increase the efficiency of the solar water heater by using nano-fluids in place of the heat transfer fluid which thus helps in regaining the collector efficiency.

We would like to thank Hindustan Institute of Technology and Science, Chennai, India, for providing facilities to conduct the experiments and every others who had helped us directly and indirectly for this project.