William Faulkner is widely regarded not only as the greatest American novelist but also as one of the great novelists of world literature. Born September 25, 1897, in New Albany, Mississippi, Faulkner spent most of his life in Oxford, Mississippi, the small town that provided inspiration for his novels. He began his writing career as a poet, but soon turned to prose, although he retained a poetic, flowery style. His first novel, Soldier's Pa (1926), was a typical postwar novel of disillusion. Mosquitoes (1927), a Huxley-style novel of ideas, concerned a group of artists and intellectuals. Not until Flags in the Dust did Faulkner find inspiration in his Southern heritage. He invented the town of Jefferson, Mississippi, modeled after his own Oxford, and peopled it with dozens of characters based on his family 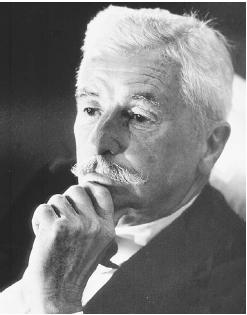 William Faulkner Page 78  |  Top of Article and townsmen, most of whom reappear in later novels. In the Southern setting Faulkner found the great themes that would occupy him for the remainder of his career: family curses, the burden of guilt that slavery had left upon whites, the romance of the Southern aristocracy and its ghostly influence upon modern social codes, the transmission of a defeated culture through the telling of stories and gossip, the advent of the automobile and its intrusion upon the settled ways of the rural South. In these themes one finds the clash of old and new, past and present, fiction and reality, absolutism and relativity, which Faulkner would develop further in later novels. Flags was a long, complex, and fragmented novel, and the editors drastically cut the manuscript and published it as Sartoris in 1929. (A partially restored edition was published as Flags in the Dust in 1973).

Upset by the changes and convinced that he would never make money from novels, Faulkner began writing for himself rather than for the public. He wrote The Sound and the Fury (1929), a book that he thought no one would ever understand. It is indeed one of the most difficult novels ever published, but it is also one of the greatest. Abandoning the rambling, omniscient style of Sartoris, Faulkner utilized several modernist techniques: multiple narrators and jumbled chronology that had been used so successfully by Joseph Conrad, and the James Joyce-ian stream-of-consciousness technique that meticulously reports the thoughts of characters without the filter of dialogue or paraphrase. Thus, the simple story of Caddy, a rebellious girl who loses her virginity, becomes very complex: each of the first three sections is told by one of her three brothers, who reveal through their thoughts what Caddy's loss of virginity means to them. The final section is told by an omniscient narrator, but focuses on the family's servant, an aged black woman who knows that Caddy's loss of virginity does not mean anything at all.

It is ironic, but highly significant, that Caddy does not tell her own story. This decentralization of the main character has significant modernist implications: Faulkner implies that there is no objective reality, that all exists in the eyes of the perceiver, that meaning does not inhere in facts and deeds but is assigned to them by the perceiver—hence the objective, meaningless sound and the subjective, interpretive fury. Thus, concepts like virginity, honor, and sin are not God-given constants; they are social constructs created within a patriarchal society. These modernist ideas reverberated throughout the century. However, The Sound and the Fury is no mere novel of ideas. It is a gripping, passionate tale of human love and suffering. Faulkner's genius lies in the artistic union of the universal and the particular: the treatment of cosmic themes through vivid, sympathetic portraits of believable characters.

After The Sound and the Fury, Faulkner continued to experiment with narrative techniques and to explore universal themes through the microcosm of the South. As I Lay Dying (1930), Light in August (1932), Absalom, Absalom! (1936), and Go Down, Moses (1942) are all considered masterpieces of modernist fiction. Less experimental but also great are Sanctuary (1931), The Unvanquished (1938), and The Hamlet (1940).

Unfortunately, only Sanctuary, a stark potboiler about gangsters and prostitutes, sold well, and Faulkner was forced to write for Hollywood in order to make money. His screen credits included To Have and Have Not (1944) and The Big Sleep (1946). The drunken screenwriter in the film Barton Fink (1991) seems to be based on Faulkner during his Hollywood years.

In 1946, when all his novels were out of print, The Portable Faulkner was published. This anthology gradually exposed him to a wider audience, and in 1950 Faulkner was awarded the 1949 Nobel Prize, followed by the Pulitzer Prize in 1954. Faulkner's career in the 1950s was devoted to filling in the history of the mythic town of Jefferson and Yoknapatawpha County. This work is marked by continuing experimentation, but also a decline in emotion, giving way to a hyperbolic rhetoric that makes the some of these novels almost unbearable. These problems may have been related to his life-long battle with alcoholism. Faulkner died on July 6, 1962, leaving scholarships for black students and grants for the advancement of American literature.

Because of his radical experiments, his recondite diction, and his long, convoluted sentences that sometimes last several pages, Faulkner is notoriously difficult, and has never attained widespread readership. Nevertheless, his books sell by the thousands each semester in college bookstores, and students find their efforts rewarded by a powerful intellectual experience. He had a great influence on the French "New Novelists" of the 1950s and Latin American authors of the "Boom" period of the 1960s. As one of the great modernists, Faulkner has influenced almost every writer today, whether they have read him or not. Often noted for his cinematic qualities, many of Faulkner's techniques are now used routinely in movies and television (notably The Godfather Part Two). Whether we realize it or not, we are more sophisticated viewers and readers because of Faulkner.

Another more amusing legacy is the annual Faux Faulkner contest. A prize is awarded to the writer of the funniest parody of Faulkner's distinctive style. The contest is sponsored by Jack Daniels Distillery.